More than 26,600 signatories of a petition against cruises in Ajaccio

"The Stop Croisières Ajaccio fight is part of a national, European and international movement: everywhere discontent is rising and citizens are rising up against mass tourism which is destroying our environment, and in particular against these gigantic, totally anachronistic cruise ships in our time", indicates in a press release the collective Stop Croisières Ajaccio, at the origin of the petition. 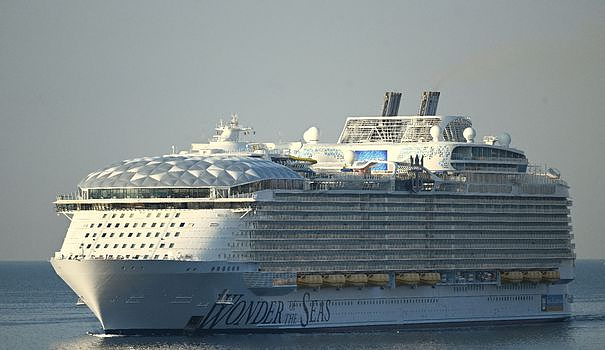 "The Stop Croisières Ajaccio fight is part of a national, European and international movement: everywhere discontent is rising and citizens are rising up against mass tourism which is destroying our environment, and in particular against these gigantic, totally anachronistic cruise ships in our time", indicates in a press release the collective Stop Croisières Ajaccio, at the origin of the petition.

The petition was transmitted this week to the town hall of Ajaccio, to the Chamber of Commerce and Industry of Corsica (CCI) of the South which manages the port, to the Community of Corsica and to the presidency of the Republic, specifies the collective.

For the 2022 season, Ajaccio must accommodate some 230 cruise ships, according to the CCI website, i.e. "one to four boats per day" and up to "6,000 passengers" daily, regrets the collective.

A cruise ship docked for an hour emits as much as 30,000 vehicles traveling at 30 km / h, according to AtmoSud, an air quality monitoring body in Provence-Alpes-Côte d'Azur.

Discontent against cruises is rising all over the French Mediterranean coast, as was already the case in Spain or Venice (Italy) which has banned large liners in its historic center, classified by Unesco.

Corsican independence activists had delayed the docking in Ajaccio of a liner in July, before a demonstration a few days later.

The autonomist President of the Executive Council Gilles Simeoni had recognized in July that "this type of stay on polluting mega-boats does not correspond to the axes of sustainable tourism".

And the town hall of Ajaccio had called for the institutions and economic players concerned to find "the solutions to be brought to the nuisances observed and a balance between economic development and protection of the environment".

In Marseille, activists briefly blocked the world's largest liner in June and the mayor, Benoît Payan, launched a similar petition against maritime pollution, signed to date by some 52,000 people in a city of more than 870,000 inhabitants.

On Tuesday, it was in La Ciotat (Bouches-du-Rhône) that local residents, supported by Attac, Alternatiba and Stop Cruises, demonstrated on canoes and sailboats to protest against the arrival of cruises moored offshore this summer.

A European mobilization against mass tourism is planned for the end of September.