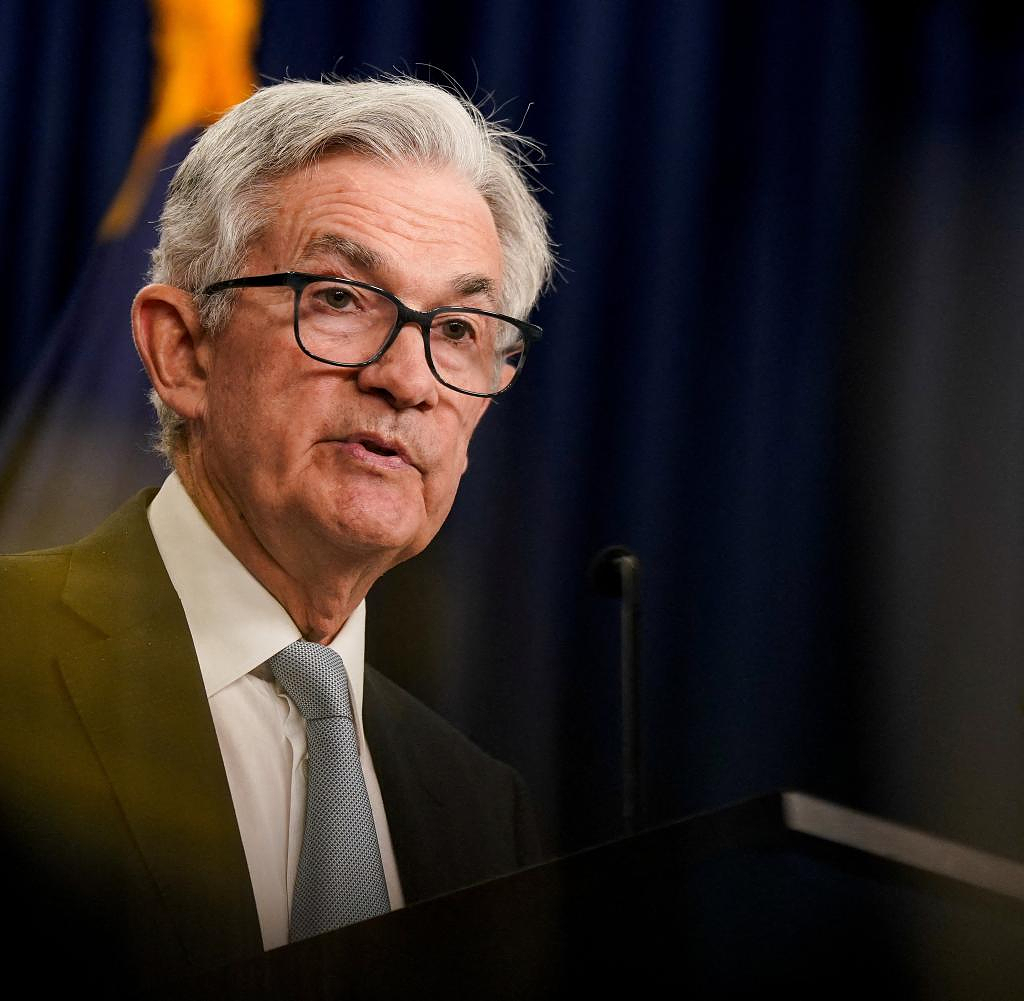 US Federal Reserve Chairman Jerome Powell gave US stocks a strong tailwind on Wednesday. The leading index Dow Jones Industrial rose by 2.18 percent to 34,589.77 points and reached its highest level in a good seven months. Among other things, Powell had suggested that December could be the time for more moderate rate hikes. The Fed had previously raised interest rates sharply by 0.75 percentage points. Shortly before Powell's statement, the Dow was still in the red.

Prices on the technology-heavy Nasdaq stock exchange rose even more sharply. The growth stocks listed there are considered to be particularly interest-dependent. Should interest rates rise less sharply, the chances of higher valuations for tech stocks on the Nasdaq increase. The Nasdaq 100 gained 4.58 percent to 12,030.06 points. But also in the Dow, three tech giants, Apple, Microsoft and Salesforce, were the biggest price beneficiaries. The market-wide S

"The time to taper rate hikes could come as early as the December meeting," said Fed Chairman Powell in Washington. Inflation, the main reason for interest rate hikes, had already weakened somewhat in recent months. UBS analyst Pablo Villanueva noted that Powell softened his wording about the interest rate peak, the expected peak in interest rates.

Inflation has already eased somewhat in recent months. In October, the annual inflation rate fell to 7.7 percent. In June it had still marked a 40-year high at 9.1 percent.

With the gains of this Wednesday, the Dow has a respectable stock exchange month November behind it: The index went up by almost six percent – ​​following an even stronger October. The Nasdaq 100 climbed similarly to the Dow in November.

Boeing shares rose 2 percent. According to insiders, the aircraft manufacturer can hope for a compromise with the legislator when it comes to the endangered approval of two versions of the 737 Max jet.

According to quarterly figures from Workday, shares jumped 12.6 percent. The provider of cloud-based accounting and human resources software has become a little more optimistic and has also announced a new share buyback program. On the other hand, the shares of Crowdstrike were penalized with minus almost 20 percent. The cyber security specialist disappointed with the sales target for the current quarter.

Biogen's papers benefited from new study data on the Alzheimer's drug lecanemab, and became 4.7 percent more expensive. The drug, which was recently celebrated on the stock exchange as a possibly great success, showed positive results in clinical tests. However, deaths are also associated with the drug.

Hewlett Packard Enterprise rose 4.3 percent. The IT company exceeded expectations with its quarterly figures and also gave a surprisingly good sales outlook for the current quarter.

According to statements by the head of the Fed, the US dollar came under pressure in New York currency trading, the euro rose and was last listed at $1.0408. The European Central Bank (ECB) had previously set the reference rate at $1.0376. The dollar had thus cost 0.9637 euros.

With the prospect of key interest rates not rising so sharply, the prices of US government bonds rose. The futures contract for ten-year bonds (T-Note Future) rose by 0.47 percent to 113.25 points. In return, the yield on ten-year Treasuries fell to 3.66 percent.

‹ ›
Keywords:
NewsteamUSAPowellJeromeUSAWirtschaft
Your comment has been forwarded to the administrator for approval.×
Warning! Will constitute a criminal offense, illegal, threatening, offensive, insulting and swearing, derogatory, defamatory, vulgar, pornographic, indecent, personality rights, damaging or similar nature in the nature of all kinds of financial content, legal, criminal and administrative responsibility for the content of the sender member / members are belong.
Related News