Mondial: beware of surprises! Germany, Spain and Belgium on their guard

The day after the successful entry of France against Australia (4-1), the posters Croatia-Morocco (11:00 a. 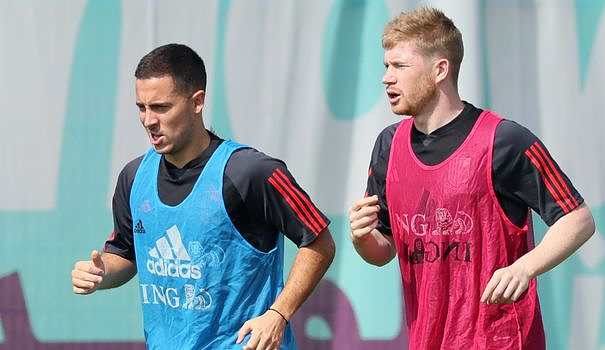 The day after the successful entry of France against Australia (4-1), the posters Croatia-Morocco (11:00 a.m. from Paris), Germany-Japan (2:00 p.m.), Spain-Costa Rica (5:00 p.m.) and Belgium-Canada ( 8:00 p.m.) a priori offer unbalanced confrontations between a European contender and a less rated challenger.

But in this tournament unusually scheduled at the end of the calendar year, by interrupting the club championships in Europe, the big selections and their overstretched players fear knowing the fate of Argentina, surprised Tuesday afternoon by the brave Saudis, 51st nation in the FIFA rankings.

"There will be surprises in this tournament, partly because the preparation is shorter," admitted Spaniard Roberto Martinez, Belgium coach, on Tuesday. "We saw it with Argentina, but all the players are very aware of the level it takes to win a game, so that doesn't worry me."

Shortened preparation, no series of friendly matches to break in the automatisms, the favorite nations approach the big planetary meeting without a net and without benchmarks.

This is the case of Germany: unrecognizable, the four-time world champion selection arrives escorted by many doubts, symbolized by its defensive mistakes, the poor form of the charismatic striker Thomas Müller or the injury of Timo Werner.

"I won't say that we are the favorites of the tournament, but there is not a team completely above the lot," admitted Oliver Bierhoff, manager of the German selection.

Opposite the Nationalmannschaft stands Japan, many of whose players play in the German Bundesliga and who dream of reaching the eighth again, as in 2002, 2010 and 2018.

To move on to the next round, the "Blue Samurai" will have to get out of a very strong group which also includes Spain, which is launching against Costa Rica its quest for a second world title.

"Our goal is to go to the final, if possible," said Spanish coach Luis Enrique, self-proclaimed "leader" of a very rejuvenated Roja on Tuesday.

With "Lucho", Spain reached the semi-finals of the Euro last year and even without a big star, the talents Pedri, Gavi or Ansu Fati promise to renew the "Spanish" passing game that made the heyday of the team that won the Euro-World-Euro treble between 2008 and 2012...

"Having players of this quality can help you achieve your goals. I hope they will give their best performance," said Sergio Busquets, 2010 world champion and now experienced captain of this new generation.

- Ronaldo on the market -

Costa Rica and its goalkeeper Keylor Navas, replacing Paris SG, nevertheless promise to complicate life for Spain, in the hope of reliving the epic of 2014 which had led the "Ticos" to the quarters.

And what about Canada, which stands on the road to a Belgium deprived of Romelu Lukaku?

"There is a shot to play" for the return of the "Canucks" to the World Cup, 36 years after their first appearance, assures AFP the Canadian striker from Lille Jonathan David.

Finally, against Croatia, Morocco also hopes to play a dirty trick on a more upscale nation, as Tunisia did against Denmark (0-0).

Are we at the end of our surprises? On the sidelines of the World Cup, the announcement of the departure of Cristiano Ronaldo from his Manchester United club, after amicable termination, places the five-time Ballon d'Or (37 years) on the transfer market.

Ronaldo, present in Doha to guide Portugal in Group H, had made headlines in recent days by accusing the English club, where he was sidelined, of having "betrayed" him.

This outcome leaves "CR7" without a club and questions the rest of his career, because his XXL emoluments and his huge ego do not accommodate mid-table clubs. What state of mind will Ronaldo be in to face Ghana on Thursday? And who will be the next favorite to bite the dust?