Mondial-2022: the organizers turn around, no alcohol around the stadiums

This decision casts a shadow over the promises of the authorities of this small conservative gas emirate to ease the application of its legislation during this planetary event which should welcome more than a million supporters from all over the world. 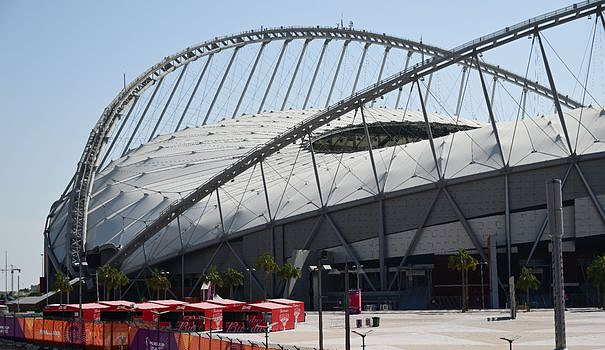 This decision casts a shadow over the promises of the authorities of this small conservative gas emirate to ease the application of its legislation during this planetary event which should welcome more than a million supporters from all over the world.

For the FSA, the association of English supporters, expected by the thousands in Doha on Monday for their first match against Iran, "this last-minute about-face illustrates a larger problem: the total absence of communication and transparency of the organizing committee to the supporters".

"While they can suddenly change their minds, supporters will have understandable concerns about their ability to deliver on promises on other issues, including housing, transportation and cultural matters," according to the report. 'association.

Since its appointment to organize this planetary event in 2010, obtained to everyone's surprise at the expense of the United States, Qatar has been the target of numerous criticisms: accusations of corruption to win, fate reserved for migrant workers, respect for the rights women and LGBTQ people, environmental impact of the tournament...

The organizers will struggle to extinguish these criticisms and, as Fifa boss Gianni Infantino has urged, to "focus on football". Especially since according to the British daily The Times which revealed it, this reversal is the result of "considerable pressure" exerted by the Qatari leaders including the ruling family.

The day after the formalization of the Senegalese Sadio Mané package, which was operated on Thursday "successfully" on the right fibula in Austria, another star, the Portuguese Cristiano Ronaldo, is expected in the evening in Qatar. The last to arrive in the emirate will be the Brazilians of Neymar on Saturday evening, on the eve of the opening match Qatar-Ecuador.

In order not to suffer too much from the pressure and the repercussions of the brutal divorce between CR7 and his club Manchester United, the Portuguese will settle far away from the other selections, to the east of the city.

Ronaldo therefore joins in Doha Messi the Argentinian, Mbappé the French but also Germany and England, already hard at work in Qatar.

The English will face the Iranians, who will be watched closely if they decide to express their support for the protesters in their country and their condemnation of the repression.

Their captain, Alireza Jahanbakhsh, said on Thursday that the choice of whether or not to celebrate a goal at the 2022 World Cup in support of the protests in his country was a "personal decision" of the players.

"We are here to respect the jersey and our national team, to bring joy to the Iranian people. The question of the celebration is a personal decision, specific to each player", he insisted.

Sign that this World Cup will be played in a very special atmosphere, the Polish selection was escorted by F-16 fighter planes in the airspace of the country, still in shock from the explosion of a missile in Przewodow , a village 6 kilometers from Ukraine, which killed two people earlier this week.

The rocket, which raised fears of an escalation in the Russian invasion of Ukraine, was reportedly fired by Ukraine's air defense in an effort to intercept Russian attacks.

This escort "is a good thing, it shows the support we give to our players," said Defense Minister Mariusz Blaszczak.

Important players in this World Cup, the referees will also be honored on Friday with a media day dedicated to them.

The 36 field referees, including three women, will be the center of attention for a few hours, hoping that it will shift to Ronaldo and Co. once the World Cup has started.