Mobilization in Russia could prolong the war, experts say

In an address to the nation, the Russian president decreed a "partial" mobilization of 300,000 reservists, much more than the 190,000 soldiers deployed for the invasion of Ukraine in February, after a series of military setbacks in Donbass and the Kharkiv region in the east of the country. 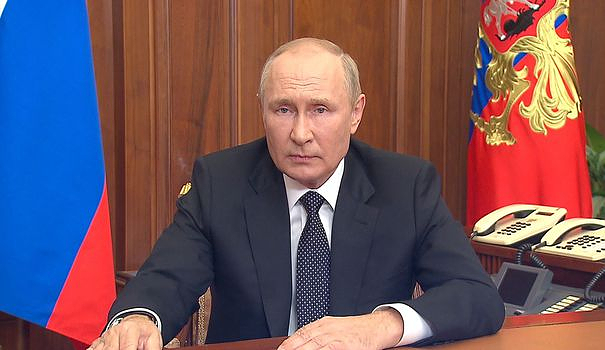 In an address to the nation, the Russian president decreed a "partial" mobilization of 300,000 reservists, much more than the 190,000 soldiers deployed for the invasion of Ukraine in February, after a series of military setbacks in Donbass and the Kharkiv region in the east of the country.

For Western experts, the Russian army will find it difficult to mobilize so many people and new recruits will arrive on the battlefield under-trained and unmotivated.

"They won't be able to do that well," said Dara Massicot, a Russia expert at the Rand Corporation research center.

"They're going to round up people and send them to the front lines with outdated training, incompetent leadership and equipment in even worse condition than that of active duty forces," she tweeted. "They're going to send them little by little, because they can't take their time."

But for Michael Kofman, of the think tank Center for a New American Security, the risk that the arrival of fresh Russian troops on the front line should not be underestimated will prolong an already very deadly conflict.

"It could prolong Russia's ability to continue this war, without changing its trajectory or its outcome," he said on Wednesday, adding that Ukraine retains its advantage on the ground.

An opinion shared by Rob Lee, of the Foreign Policy Research Institute, for whom "there is still every reason to be optimistic for Ukraine", whose army has shown discipline and bravery since the start of the war, unlike the demoralized and undisciplined Russian forces.

All specialists agree on the poor quality of Russian military training, which is often limited to a few weeks, with little equipment.

"The problem is that the Russian army is poorly led and poorly trained," said ex-General Mark Hertling, former commander of US ground forces in Europe. "Mobilizing 300,000 reservists after failing with exhausted conventional forces and motley militias, after recruiting prisoners and using paramilitaries like the Wagner group, will be very difficult."

"And deploying new kids to a frontline that's been torn to shreds, where morale is low and soldiers don't want to be there portends another disaster," he tweeted. , adding that it is a "new sign of weakness from Russia".

More worrying for Westerners, Vladimir Putin said he was ready to use "all means" in his arsenal against the West, which he accused of wanting to "destroy" Russia.

Words that John Spencer of the Madison Policy Forum called a "bluff". "The use of nuclear, biological or chemical weapons would mean the end of Putin's regime and the Russian Federation in its current form," he noted.

Other analysts have pointed out that the Russian nuclear doctrine appears to have changed, wondering whether it now applies to Ukrainian territories that Moscow wants to annex.

According to Andrey Baklitskiy of the United Nations Institute for Disarmament Research, the Russian president's statements "go beyond the Russian nuclear doctrine, which simply suggests that Russia should use it first in a conventional war if the very existence of the state is threatened".

"Coming from the one who is the one who decides on the use of nuclear weapons in Russia, you have to take this seriously," he tweeted.

Nuclear weapons expert Hans Kristensen of the Federation of American Scientists said that by threatening to use nuclear weapons beyond official Russian policy, "Putin is showing his dismay".

"But this is clearly the most explicit nuclear threat Putin has ever made," he added. "It is essential that NATO does not take the bait and fuel its false accusations with explicit threats of nuclear retaliation."

In fact, the United States said it took Vladimir Putin's threats "seriously", but was careful not to exacerbate tensions. “A nuclear war cannot be won and should not be waged,” President Joe Biden said from the UN rostrum.