Miniatur Wunderland voluntarily does without visitors

The Miniatur Wunderland Hamburg counted 700,000 visitors from January to July - that's about 20 percent fewer than before the corona pandemic. 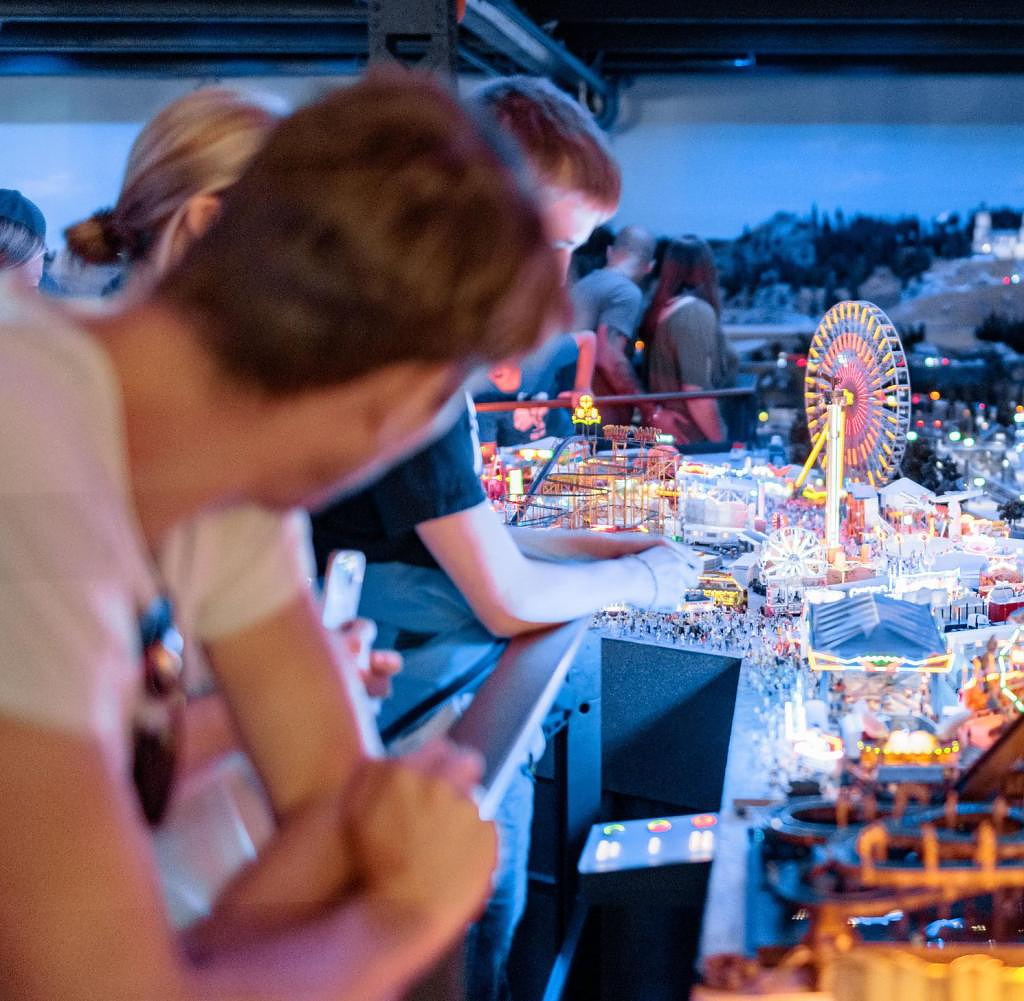 The Miniatur Wunderland Hamburg counted 700,000 visitors from January to July - that's about 20 percent fewer than before the corona pandemic. "This is voluntary, because we could fill it up just as we did before," said founder Frederik Braun. "Of course, our guests don't want that in the current situation," reported the 54-year-old, referring to the current infection situation. The demand for tickets is still huge.

The Miniature Wonderland in Hamburg's warehouse district is said to be the largest model railway in the world and one of the main tourist attractions in the Hanseatic city. It has just been voted Germany's most popular tourist attraction for the fifth time in a row. The German National Tourist Board surveyed 15,000 international visitors. Since opening in August 2001, more than 16 million visitors have come.

The facility has been gradually expanded over the years. The Miniatur Wunderland recently announced that a million construction hours would go into the more than 1,500 square meter model area.

New figures on the tourism situation in Hamburg were only published on Monday – and they were better than expected. For the first time, Hamburg tourism welcomed more travelers to the Hanseatic city in June than before the start of the corona pandemic. As reported by the Statistics Office North, 710,000 guests arrived, 5.5 percent more than in June 2019. The number of overnight stays increased by 7.9 percent compared to 2019 to 1.543 million. 18.7 percent of all Hamburg guests came from abroad, most from Switzerland, Austria, Denmark, the United Kingdom and the USA.

City tourism from home and abroad is one of the most important economic sectors for the Hanseatic city. The number of travelers grew steadily up until 2019 – most recently to more than 7.6 million. In the two Corona years 2020 and 2021, with just under 3.2 million and a good 3.3 million respectively, not even half of the overnight guests came to Hamburg. For the first six months of 2022, the number now adds up to a good 2.9 million, compared to 2019 only a minus of around 18 percent.

‹ ›
Keywords:
TexttospeechLauterbachJörnBraunFrederikMiniatur Wunderland HamburgHamburgTourismusWunderlandGesundheitStatistikamt NordFrederik BraunMiniatur
Your comment has been forwarded to the administrator for approval.×
Warning! Will constitute a criminal offense, illegal, threatening, offensive, insulting and swearing, derogatory, defamatory, vulgar, pornographic, indecent, personality rights, damaging or similar nature in the nature of all kinds of financial content, legal, criminal and administrative responsibility for the content of the sender member / members are belong.
Related News