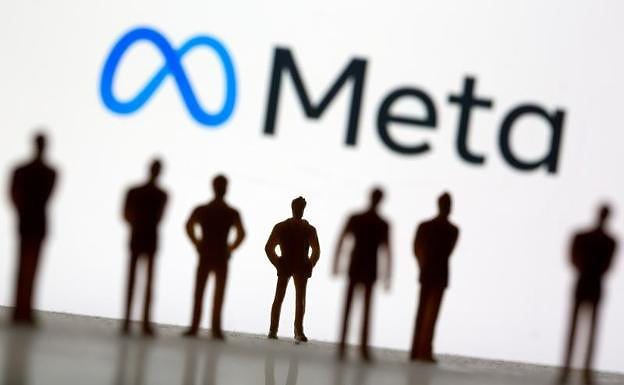 Science fiction. This is how Mark Zuckerberg's new reality can be described. He is the protagonist in a new world. The Facebook universe aims to create a new age and forget the ghosts of the past. The founder of Facebook, in the middle of a reputational crisis turns his business conglomerate 180° with the metaverse on its horizon, connecting reality and the virtual.

Covid-19 was a catalyst for a digitalization in the economy and daily lives of millions. Teleworking, among others, has been left behind as normal. Zuckerberg isn't going to miss the chance to "rule" a vast virtual world known as the metaverse. This concept was born in 1992 and allows users to enter, improve, create, or transform shared spaces. Oculus, a virtual-reality company, is the key to this. Horizon Home is the first taste of Facebook's new world. This will be the place where people can meet their friends.

Zuckerberg's new universe will allow for conversation about current applications and the possibility of 'travelling' to the metaverse. The place you can jump to this new place will be called home. Messenger in virtual reality will provide the virtual route. This allows you to make calls with Facebook friends. After the call is initiated on a computer or mobile phone, you can continue in virtual reality to "talk between realities".

You may not use user data without consent. An investigation by 'The New York Times, Observer and 'The Guardian' revealed that Cambridge Analytica, a British company, had accessed personal data from 87 million Facebook users without their consent to help Donald Trump win the 2016 election. The Spanish Data Protection Agency sent a 1.2 million euro fine to the company in 2017 for violating regulations.

Recurring security holes. In 2018, 50 million people's data was exposed by a computer attack. Another security breach in December left 6.8 million photos unprotected. WhatsApp, which is owned by Facebook, also had problems. In 2018, hackers were able to access all information of users who used its video calling service.

Harmful content is not deleted. An ex-employe has just revealed documents that confirm that the company doesn't remove harmful content, despite knowing about its existence.

Facebook's original vision was to create an infinite office, taking advantage of all of the digital innovations and making it normal. Oculus hopes to create a virtual reality ecosystem that includes 'apps. It will increase the number of apps and create a virtual universe, particularly one that is collaborative. It is possible to run applications from other developers like Dropbox, Slack and Instagram.

The most anticipated news of all was Meta, the new name for Facebook. Zuckerberg stated that "right now, our brand has become so tied to a product it can't possibly reflect everything we do today or in the future." This is a facelift in the worst moment for the conglomerate, and one that many companies have done in the past. The 28th of October marks a change in the company's history, but with some nuances. Facebook's name changes, but not that of its parent company. For now, the social network is still known as "Facebook".

Second Life, a virtual experiment, was already in existence at the start of the third millennium. It allowed users to interact online with others through avatars and navigated through an imaginary world. This was an ephemeral success, which, although almost forgotten, still brings in 60 million dollars per year. To give the metaverse a boost, companies such as Epic Games (owner of Fortnite) or Sony have offered $1 billion.

Facebook is serious, too. Facebook recently announced that it will be hiring more than 10,000 people in Europe as part of its new digital horizon. In the presentation of quarterly results, Zuckerberg stated that they will decrease their total operating profit by approximately 10,000 million dollars this year due to the huge expenses of Facebook Reality Labs (a division of Facebook that is responsible for research on virtual reality). The number of users has increased.

‹ ›
Keywords:
FacebookAdoptaNuevoNombreMeta
Your comment has been forwarded to the administrator for approval.×
Warning! Will constitute a criminal offense, illegal, threatening, offensive, insulting and swearing, derogatory, defamatory, vulgar, pornographic, indecent, personality rights, damaging or similar nature in the nature of all kinds of financial content, legal, criminal and administrative responsibility for the content of the sender member / members are belong.
Related News