Merz speaks of "messed up reform" and reiterates demands

CDU leader Friedrich Merz has reaffirmed the demands of the Union for citizen money. 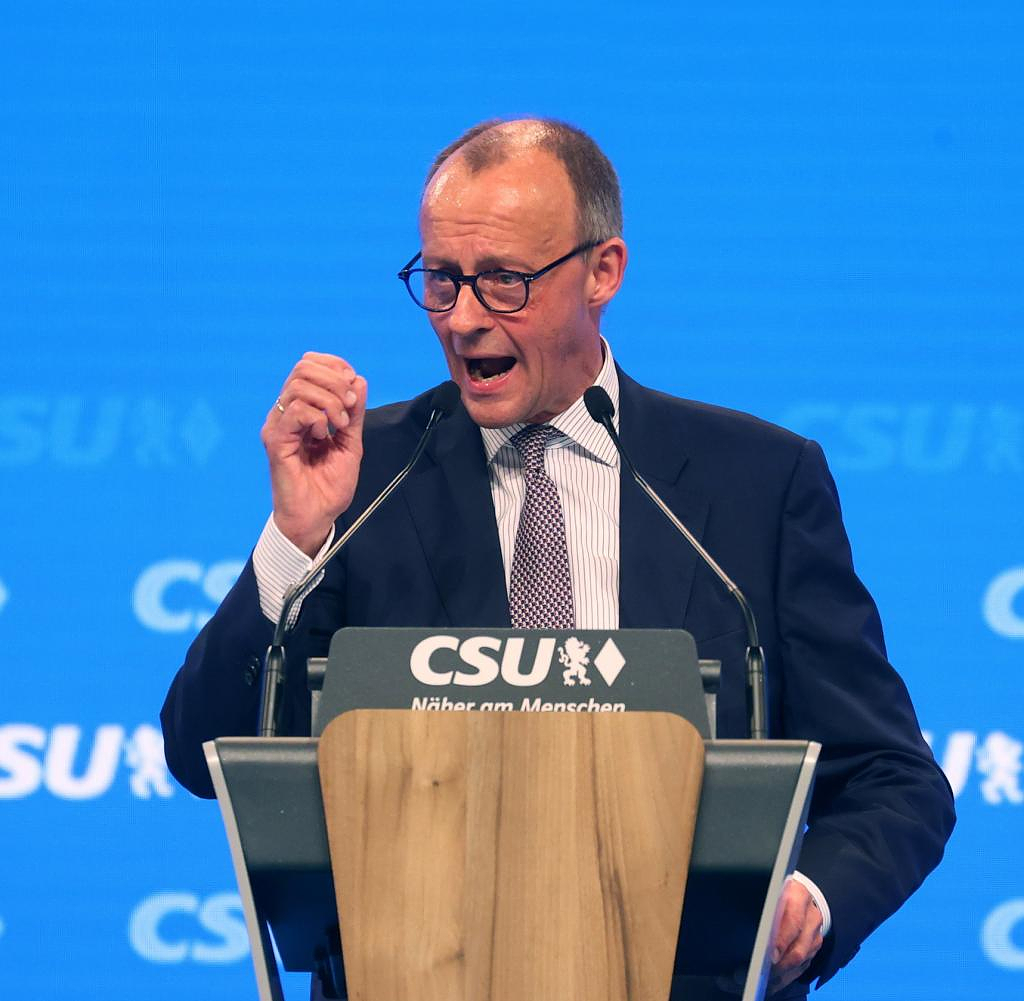 CDU leader Friedrich Merz has reaffirmed the demands of the Union for citizen money. The CDU/CSU expects the traffic light government "to take a big step towards us" if a joint solution is to be found, said Merz on Saturday at the Deutschlandtag of the Junge Union in Fulda. The aim is to set incentives for a quick return to the labor market. "This must also be accompanied by sanctions," he demanded.

The message must be that those who receive social benefits will be employed again as quickly as possible, said Merz. He spoke of a "messed up reform". If changes are now being discussed, especially with the SPD, it is clear to the CDU/CSU: “We have to set the incentives to quickly return to the labor market.” This can and must also be accompanied by sanctions. "No grace periods, incentive, if necessary also sanctions," demanded Merz.

The Federal Constitutional Court has given a narrow margin, but this must be exploited, demanded the CDU chairman. It is a "commandment of the welfare state also towards all those who pay taxes and social security contributions" that there are also sanctions and benefit cuts in the event of persistent refusal to cooperate.

The traffic light coalition had already confirmed its willingness to negotiate: "The Free Democrats have already made it clear that they are open to constructive proposals from the Union, such as sanctions, protective assets or with a view to even more performance-friendly additional income rules," said FDP Secretary General Bijan Djir - Sarai in Berlin. "I am confident that a quick agreement on citizen income can be achieved if the Union participates objectively and results-oriented in finding a common solution."

SPD leader Saskia Esken also expected a good compromise in the mediation committee in the “Tagesspiegel”: they are ready to negotiate details. But Esken also emphasized: "The basic principles must be preserved." It is important that "we want to achieve a change in culture in dealing with unemployed people".

At the same time, she accused the CDU and CSU of disinformation in the disinformation debate: If the Union claims that work is no longer worthwhile if the standard rates are increased, it is "fake news," said Esken on Saturday at the party conference of the Baden-Württemberg SPD in Friedrichshafen Lake Constance. "Most of all, this reasoning is shabby because it pits poor people against the poorest."

It is also wrong that the citizen's income cannot motivate people to take up work. "The allegation of the CDU and CSU shows an abysmal view of man," said the SPD leader in front of an audience of around 500.

The North Rhine-Westphalian Prime Minister and CDU chairman Hendrik Wüst then rejected "fake news" allegations by traffic light politicians: "Anyone who tries to silence the opposition in the center risks damaging public discourse and democracy," said Wüst on Friday evening at the Deutschlandtag of the Junge Union in Fulda.

The planned citizens' allowance is intended to replace the current Hartz IV system. After the draft law by Labor Minister Hubertus Heil (SPD) did not get a majority in the Bundesrat due to the resistance of the countries with government participation in the Union, the mediation committee of the Bundesrat and Bundestag is to tie down a compromise this Wednesday.

The traffic light plans for citizen income include an increase in the standard rate from 449 euros for single people to 502 euros. In addition, the unemployed are to be put under less pressure in the future by threatened withdrawal of benefits (sanctions) and instead be given more support with further training measures. In addition, the requirements for the permitted amount of assets and the size of the apartment for benefit recipients are to be relaxed.

According to its parliamentary director Thorsten Frei (CDU), the Union faction is therefore considering again requesting that only the standard rates be increased by January 1st. “The welfare state must build a stable ladder out of dependency for people. That's why it would be wrong to only raise the standard rates and leave everything else as it is today with Hartz IV, ”said the deputy FDP chairman Johannes Vogel.

At the same time, he referred to the "liberal core" of the reform: "The basic income has a strong liberal core - and that is the stronger work and performance incentive for those affected," said Vogel. "We want to use the citizen's allowance to enable those affected to earn more than they do today." That increases their chances of advancement because their efforts are more worthwhile.

As an example, the former chairman of the management of the Solingen-Wuppertal employment agency gave: “If, for example, a daughter or a son of Hartz IV recipients starts an apprenticeship today, they are only allowed to keep 200 euros. In the future it should be over 600 euros.” He continued: “Today, for example, Annika, who grows up in a Hartz IV family and works in a mini job, can only keep 184 euros of 520 euros. If Ayse, whose parents are financially independent, does the same mini-job, then she can keep 520 euros.”

Today, young people so often learn early in life that their effort is not worth it and that it makes little difference if they work. With parents in a difficult situation, they would have worse chances. "That triggers something in the minds of young people," said Vogel, who is also parliamentary director of the FDP parliamentary group. "That's the opposite of opportunities regardless of origin." This should change with the citizen money.

However, the Union is not alone in criticizing the draft law: the labor market expert from the German Economic Institute (IW), Holger Schäfer, criticized in the "Rheinische Post" (Saturday), among other things, the previously planned regulations on "trust time": "Newcomers With the so-called, almost sanction-free period of trust, the signal is given that they can take their time when looking for a job. Every day counts when it comes to reintegrating into the labor market: the longer someone is unemployed, the worse their chances of ever returning to a job.”

The "trust period" is one of the catchwords in the citizen money law. The traffic light says they don't want to put anyone under general suspicion. For this reason, benefits should only be reduced in the first six months of receiving citizenship benefit (“trust period”) in exceptional cases if someone persistently does not cooperate with the job center.