Mediterranean employers' Association cries for the AVE to be accelerated: "The corridor does not advance"

Yesterday, the Mediterranean business community united under the I Want to Corridor’ platform demanded that Raquel Sanchez, the minister of the branch, speed up work on the Mediterranean Corridor and that the AVE remain in operation between Almeria, France, for the year 2026. 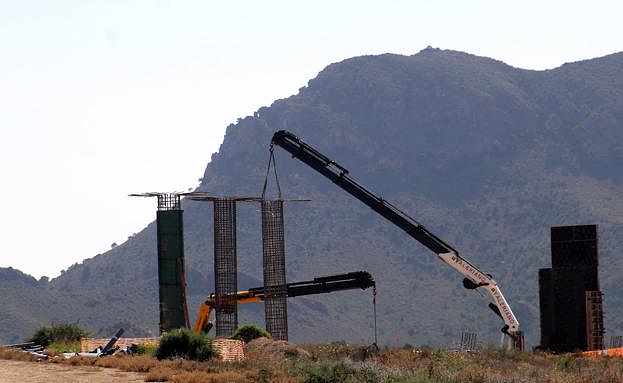 Yesterday, the Mediterranean business community united under the I Want to Corridor’ platform demanded that Raquel Sanchez, the minister of the branch, speed up work on the Mediterranean Corridor and that the AVE remain in operation between Almeria, France, for the year 2026. The platform published its first six-monthly review on the Mediterranean Corridor's works in 2022 (the 11th). It stated that "this detailed analysis of fourteen sections of Corridor brings out a reality unappealable: works don't advance at the pace promised by the government". During the 5th Business Act for the Mediterranean Corridor, held in November 2017, Raquel Sanchez, the current Minister for Transport, Mobility and Urban Agenda, stated that fast trains would be built from Almeria and Camp de Tarragona to France by 2026. On a more distant horizon, the link of the port of Tarragona and Camp de Tarragona to the rest of Europe would be completed. The connection of the three capitals in the Valencian Community in international scale, the improvement of services between Valencia and Castellon, and the commissioning the entrance to Murcia.

They transferred from the platform yesterday with these commitments in their minds. It is essential that they have the Totana–Totana, Lorca-Pulpi sections and the Murcia–Cartagena connection, as well as the Bobadilla–Algeciras route, in order to be able do so. They also stressed that the Almeria–Granada section doesn't yet have a project and that the Valencia tunnel could be the traffic light in Europe if it is not expedited.

They acknowledged that certain milestones had been reached. The tender for works on the Totana–Totana section (on Almeria's AVE) and the awarding of works on Lorca-Pulpi (on the same AVE) are two examples. Vicente Boluda is president of the Valencian Association of Entrepreneurs, and an alma mater of the Chamber of Commerce. He said yesterday that although the works are moving, because they are going, but they aren't going at the pace we would like. He is most concerned about the tunnel through Valencia that isn't even planned. There will be no more traffic.

The Mediterranean employers' group has met for the second biannual review of 2022, which will take place on November 17th in Barcelona. This act will coincide with the business meeting that took places in Madrid in 2017, Madrid in 2018, Elche in 2019, Madrid in 2019 and Madrid in 2021. It is expected that businessmen and representatives from Spanish civil society will gather for the event, which will be a great opportunity to shout "I want to Run!"

All the actions that are being promoted from the communication channel www.elcorredormediterraneo.com, including the six-monthly check-ups, are aimed at analyzing the progress made in the infrastructure and verifying that its development is carried out in compliance with the deadlines committed by the Ministry of Public Works. Vicente Boluda (president of AVE) stated that "since the I want to Run' movement was started, both businessmen and civil societies throughout Spain have been involved in and participated in the demand."

‹ ›
Keywords:
PatronalMediterraneaClamaAcelerarObrasCorredorAvanza
Your comment has been forwarded to the administrator for approval.×
Warning! Will constitute a criminal offense, illegal, threatening, offensive, insulting and swearing, derogatory, defamatory, vulgar, pornographic, indecent, personality rights, damaging or similar nature in the nature of all kinds of financial content, legal, criminal and administrative responsibility for the content of the sender member / members are belong.
Related News