Means and staff for the police: the security law in the hands of the Senate

For this first stage in Parliament, the text carried by Gérald Darmanin should not encounter major difficulties, in a hemicycle dominated by the right. 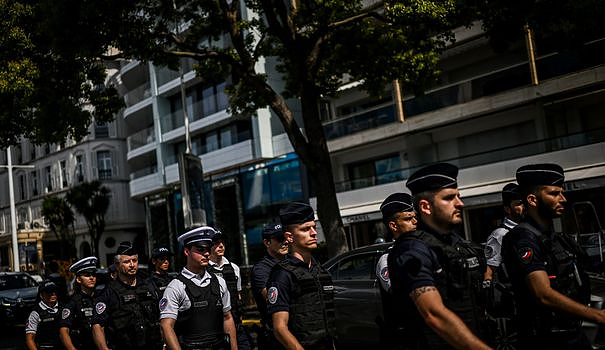 For this first stage in Parliament, the text carried by Gérald Darmanin should not encounter major difficulties, in a hemicycle dominated by the right. More than 200 amendments were nevertheless tabled, mainly by the left.

The Lopmi was shortened by half compared to its initial version which had been sent to Parliament before the presidential election. The minister expects "a profound transformation" of his ministry.

She does not understand the controversial reform of the judicial police which is currently meeting the hostility of many investigators and magistrates. But the subject is nevertheless likely to animate the debates, barely a few days after the ousting of the boss of the judicial police for the south of France.

Essentially, the bill provides for an additional 15 billion euros in the budget over five years, half of which for digital investments. The 2023 budget for the Interior is already part of this perspective, with an announced increase of 6% compared to 2022, to 22 billion euros.

The text provides for the creation of 8,500 police and gendarme posts in five years, including "3,000 from 2023", according to Prime Minister Elisabeth Borne.

In particular, this involves preparing for the two major international sporting events that France will host in 2023 (Rugby World Cup) and 2024 (Olympic and Paralympic Games in Paris).

To fight against cybercrime, which has been on the rise in recent years, the bill allows seizures of digital assets such as cryptocurrencies. Concerning "ransomware" (such as the demand for a ransom of 10 billion dollars from the Corbeil-Essonnes hospital center, victim of a computer attack), it conditions reimbursement by insurance companies on the filing of a complaint by the victim.

Among the changes made in committee, the senators adopted an amendment to increase the penalties incurred for refusal to comply, urban rodeos and violence against elected officials.

Another noteworthy change: they have put a damper on the generalization desired by the government of the tort fixed fine (AFD) to all offenses punishable by less than one year in prison.

They restricted the extension of the AFD to a "positive list" of around ten new offenses such as tags, the offense of obstructing traffic, the unjustified use of the alarm signal in trains. .

They again voted socialist amendments to facilitate the reception and access to online procedures for victims with disabilities.

For the rapporteurs Marc-Philippe Daubresse (LR) and Loïc Hervé (centrist), the senatorial majority cannot "objectively" oppose a text which gives more means to the Interior.

The leader of LR senators Bruno Retailleau regrets, however, that he is part of "a logic of means", believing "that we will only settle the question of security when we put an end to judicial laxity and migratory laxity ".

On the left, communists and environmentalists voted in committee against the text, which, according to the group CRCE with a communist majority "consecrates a police force of repression".

The Socialists abstained. For their leader Patrick Kanner, "the text is insufficient but the group is in favor of additional means intended for the police, an element of Republican security."

At the end of the first reading by the Senate, a formal vote will be organized on October 18, then the deputies will work in turn on the amended text.