"We have no permanent friends or enemies, we have permanent interests. 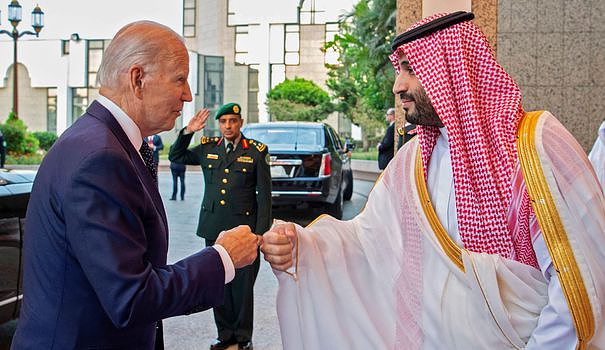 "We have no permanent friends or enemies, we have permanent interests." This sentence pronounced in the middle of the 19th century by one of the princes of British diplomacy, Lord Palmerston, American President Joe Biden could make it his new motto. Remember the 2020 promise made by the Democratic White House candidate to treat Saudi Crown Prince Mohammad bin Salman as an outcast, accused of ordering the murder of Saudi journalist Jamal Khashoggi in 2018 .

It's true, once elected, Joe Biden distanced himself from the leader of the oil monarchy. Until the war in Ukraine completely reshuffles the cards of American energy interests. Since last summer, the American president has undertaken a rapprochement with MBS. First came his surprise visit to Jeddah in mid-July. Then a statement in October announcing a "reassessment" of relations between Washington and Ryad. And finally a press release from the American administration establishing that Mohammed ben Salman, appointed Prime Minister in the meantime, enjoyed legal immunity. "Jamal is dead again today," reacted, disgusted, the widow of Khashoggi on Twitter.

Diplomacy is a difficult art that hardly escapes a certain realism. But the cynicism consists in wanting, for electoral reasons - it was for Joe Biden to beat Donald Trump, presented as the friend of Saudi Arabia -, to appear as a paragon of virtue and, once in office , swapping this naïve campaign for a realpolitik in the name of the "permanent interests" of the United States.