Mbappé shoots France with dream goals in the quarterfinals 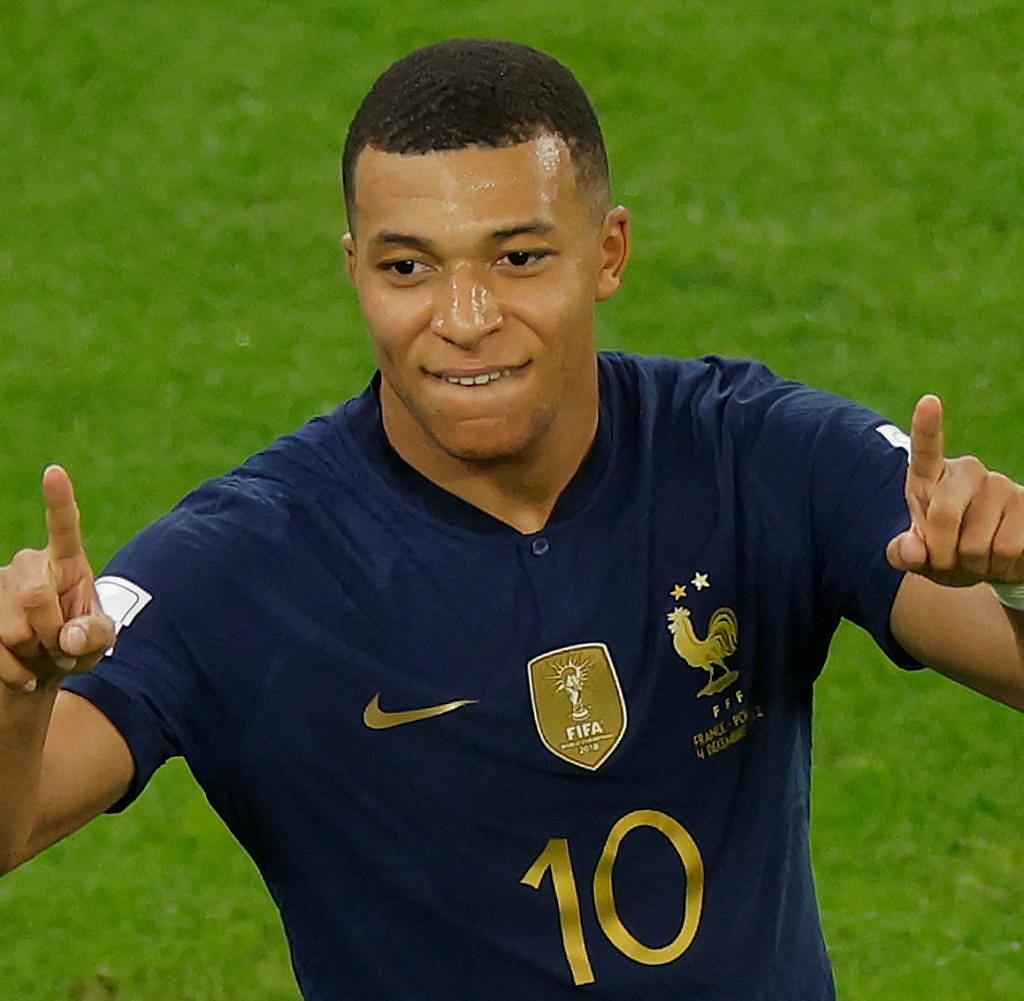 Double goalscorer Kylian Mbappé has led France's star ensemble to the quarter-finals and ended Robert Lewandowski's World Cup dream. Led by Mbappé, who was involved in all three goals, the reigning world champion celebrated a well-deserved 3-1 (1-0) against Poland after a superior performance. In the superstar summit, Mbappé initiated the lead from record goalscorer Olivier Giroud (44th) - and then executed with a perfect shot from 14 meters (74th) and in injury time (90th 1).

After the record evening, when captain Hugo Lloris became the record international player, the Équipe Tricolore can look forward to a great classic against England or the duel against Senegal in the round of the top eight on Saturday. After all, Lewandowski was able to celebrate once when he scored his second goal in the World Cup with a hand penalty in injury time in the second attempt.

Mbappé presented himself more effectively than Lewandowski, because he was also supported by more attacking class. The 23-year-old not only played in one of the rare gaps in Poland's defense for the new sole French goalscorer Giroud, who has now left Thierry Henry behind with 52 goals. The full-speed soccer player always tried to put his colleagues in the limelight as a team-friendly passing station. After a hard fight against him, Mbappé was denied a penalty in the second half - before that it had been ruled offside. After his goal, he once again urged the French fans, who want to see their team in the final on 18 December. To see a foretaste of the hoped-for game when celebrating the goal to make it 3-0.

Executor Lewandowski also tried his hand at distributing the ball. After the 34-year-old had worked as the "first defender" in the 0-2 draw against Lionel Messi and Argentina, he repeatedly switched to the wing or midfield in the star showdown with the French attacker and tried to throw balls to distribute. A long-range shot missed the goal (21'), the world footballer put a free kick from a good 20 meters into the wall (33'). The duels with his former Bayern colleague Dayot Upamecano, who was the only Munich player to start, were not particularly tough or spectacular. Too often Lewandowski was on his own at the front.

Closer to the lead than Lewandowski was Piotr Zielinski, who, standing free from eleven meters, aimed powerfully but too centrally at France's captain Lloris. Wolfsburg's Jakub Kaminski was also unable to put the margin into the goal (38'). Captain Lloris showed in his 142nd international match - as many as Lilian Thuram - but also one or two wobbles, apologized after a sloppy pass.

The missed lead was punished a little later by Giroud. The 36-year-old, who rose to become the undisputed number 1 in the center of attack after the injury to Ballon d'Or winner Karim Benzami, breathed a sigh of relief afterwards. Previously, he had missed a huge opportunity. After a cross pass from Ousmane Dembélé, Giroud couldn't get the ball properly and missed the 1-0 there. Things went better just before the break: After Mbappé's perfect preliminary work, he gave Poland's strong support Wojciech Szczesny no chance in this tournament. The Juve goalkeeper was often in focus, making a strong save after a free-kick from Antoine Griezmann (48').

After an initial phase with almost no respite, the two-time World Cup bronze medalist Poland countered the French finesse with more courage and, above all, duel strength. In the intense duels, they repeatedly tested where the boundary between foul and not-yet-foul lay. An example of this was Przemyslaw Frankowski's jersey pluck, which slowed down the top speed of 35 km/h - to his own surprise, Mbappé did not get a free kick for this.

‹ ›
Keywords:
Frankreich FußballnationalmannschaftPolen FußballnationalmannschaftMbappéKylianFußball WM 2022LewandowskiRobert
Your comment has been forwarded to the administrator for approval.×
Warning! Will constitute a criminal offense, illegal, threatening, offensive, insulting and swearing, derogatory, defamatory, vulgar, pornographic, indecent, personality rights, damaging or similar nature in the nature of all kinds of financial content, legal, criminal and administrative responsibility for the content of the sender member / members are belong.
Related News