Mayotte: five questions on the land law reform carried out by Gérald Darmanin

To reduce illegal immigration to Mayotte, Gérald Darmanin has a plan: "fight against the social and administrative attractiveness" of the island, the 101st French department. 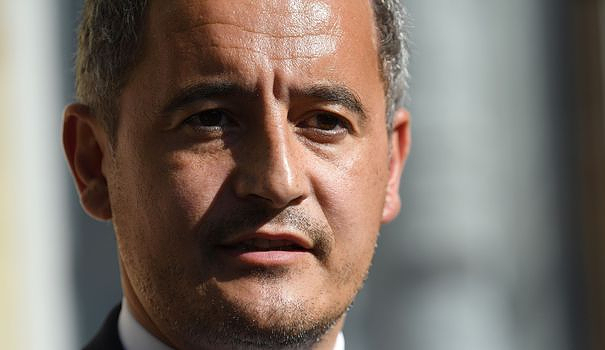 To reduce illegal immigration to Mayotte, Gérald Darmanin has a plan: "fight against the social and administrative attractiveness" of the island, the 101st French department. Increasing surveillance is a limited strategy, according to the Minister of the Interior and Overseas, traveling in the archipelago. "The continuous increase in technical and human resources will not be enough," he told the press. To achieve his goals, Gérald Darmanin intends to do more, and at the same time (re)summon a sea serpent of French politics: the reform of land law.

The minister wants to toughen the attribution of French nationality to children born in Mayotte. For a newborn child to benefit from ius soli, i.e. the right to obtain nationality by being born in France, Gérald Darmanin wants at least one of his parents to have resided regularly in France. the island for at least a year. Gérald Darmanin thus wants to extend the "Mayotte exception"; in 2018, a first strengthening of the law of the soil had been voted, bringing the deadline to three months and marking on the occasion a rupture of the conditions for obtaining nationality between the department and the rest of France, where this deadline n is not applied.

In 2018, the law was controversial. Some considered this particular case unconstitutional. The Constitutional Council has finally decided: according to article 73 of the Constitution, the laws "may be subject to adaptations relating to particular characteristics and constraints". But Mayotte is under very strong migratory pressure, recalled the Elders. During a speech devoted to the Overseas Territories, Emmanuel Macron had defended this approach, affirming that it made it possible "to preserve the right of the soil" by "adapting its conditions of exercise to the reality of this territory".

For the Minister of the Interior, it is urgent to acquire a more ambitious arsenal to limit illegal immigration. "Technical and human resources will not be able to do everything as long as we have this legislation which still allows people to come here and very quickly to no longer be able to be excluded from the island of Mayotte", affirmed Gérald Darmanin. According to INSEE, almost half of the population of Mayotte does not have French nationality, but a third of foreigners were born on the island. The population doubled between 1985 and 2017, rising from 200,000 to 400,000 inhabitants. The birth rate is higher there than in mainland France, and many people from the Comoros, a nearby archipelago, are trying to settle there. In 2021, 23,000 people were deported. And in 2022 the migratory flow will not weaken, despite the 24-hour presence of at least three interceptor boats at sea and aerial surveillance.

But monitoring the coasts is not enough, according to the Minister of the Interior. According to him, France must fight against "the fraudulent recognitions of paternity" practiced, he says, by men in a regular situation to the benefits "of children of newly arrived immigrants". In other words, French people offer, sometimes for money, to become the father of children who are not theirs, in order to nationalize them. "These fathers (will have to) prove that they maintain the child for three years and no longer just two", also announced Gérald Darmanin on Saturday.

On the sidelines of his trip, Gérald Darmanin told Le Monde that if nothing was done, "there will be 700,000 inhabitants in Mayotte in 2050", while drawing a parallel with Marine Le Pen's very high score on the island during the last presidential election. Then the minister ventured on the cost of illegal immigration, specifying, still according to the evening daily, that "40% of the medical procedures provided concern undocumented migrants, as are the hundred or so classrooms built each year ". Gérald Darmanin thus presents this new reform as an additional tool, even before having a concrete return on the effectiveness of the first version of the hardening of the law of the ground. "The law only concerns children born after its entry into force. The truly quantifiable effect will be seen in ten years", said the minister's entourage to La Croix, in 2021, about "the exception Mayotte" of 2018.

This measure was already to be included in the bill specific to Mayotte aborted at the beginning of 2022, but local elected officials have expressed a profound rejection of this idea. Matignon asked for a postponement, to calm the game. Gérald Darmanin followed, while the examination of the bill by the senators was to begin in October. Instead, the minister announced to Le Figaro that he wanted to lead a "big debate" on the question of immigration. Will be invited to speak "on the basis of the government's proposals": deputies, senators, social partners, associations and representatives of civil society.

A "change of method" - the mantra of the government since the last elections - while the minister held a very firm speech against immigration all summer. On BFMTV, on July 26, Gérald Darmanin explained that he was in favor of "a form of double punishment" for foreign offenders, by sanctioning them and then deporting them. Other proposals concerning Mayotte have been made, such as the relaxation of the conditions for the expulsion of foreigners and the acceleration of the administrative process which allows it. At the same time, Gérald Darmanin said he was ready to "imagine additional professional immigration quotas".

Mayotte, where the average age was 23 in 2017, is struggling to integrate its youth into working life: last year, 25,000 young people aged 15 to 29 were, according to INSEE, neither in employment, education or training. Or 36% of this age group, a share three times higher than in the rest of France (13%). The island, a regular scene of clashes between gangs or with the police, also experiences high crime, more important than in mainland France, with four times more complaints for burglaries and more frequent physical attacks. .

Insecurity fueled by great poverty: 194,000 Mahorais, or 74% of the population, live with a standard of living below 50% of the national median, according to INSEE. In Mayotte, the authorities do not meet the expectations of the Mahorais "on the social, economic and societal levels", denounced the Court of Auditors at the end of June. For its part, the institution recommends working more with regional actors, and in particular the Comoros, to fight against illegal immigration and guarantee development prospects.