The season was miserable, the tour card is as good as lost. 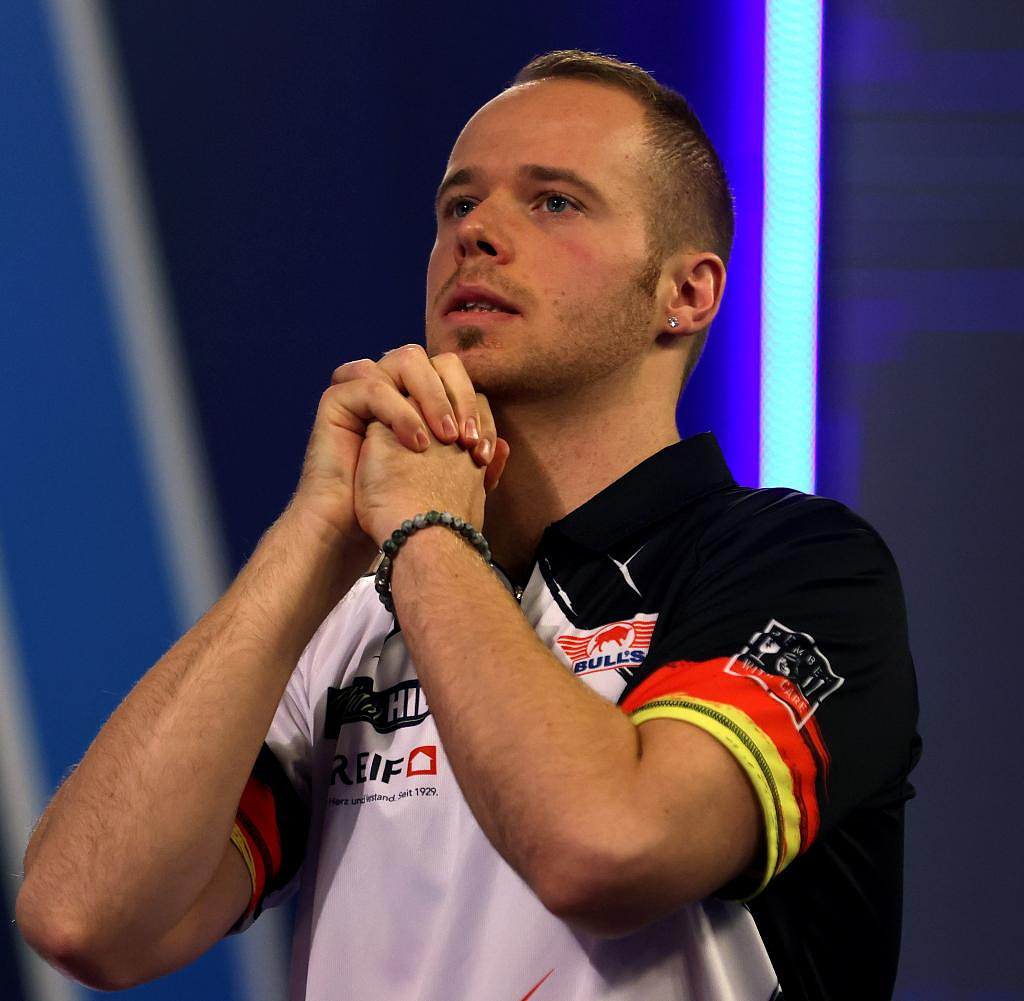 The season was miserable, the tour card is as good as lost. Max Hopp slipped down to 75th place in the Order of Merit. Hardly anyone had expected anything from the 26-year-old. Performance in recent years has been poor. All the more surprising that the "Maximiser" almost made it to the Darts World Championship, which begins on December 15th.

Hopp competed at the Western Europe Qualifier in Kalkar. With players like Jeffrey de Zwaan, Ron Meulenkamp and Maik Kuivenhoven from the Netherlands or the Belgian Mario Vandenbogaerde, numerous PDC professionals started. From a German point of view, Niko Springer, who lost just a few weeks ago in the Super League final, had the best chances in the field of 104 players. But in the end it was Hopp who, with convincing performances and six victories, played his way to the final for the World Cup ticket and the £7,500 prize money that came with it.

The Hessian, who had already challenged the world elite as a teenager and is a German record World Cup participant with eight starts, has played a major role in the rise of his sport between the Rhine and Oder in recent years. After losing the tour ticket at the end of this year, he now wants to try to regain the right to play for the professional tour in January. The performances shown in Kalkar should at least give him hope.

The fact that the ninth World Cup participation did not work out was also due to the weak start to the final against Dutchman Jimmy Hendriks. With an average of just over 70 points, Hopp was quickly 0:3 behind, but then reduced it to 2:3 thanks to a break. When he was ready to make it 3:4, Hendriks checked 126 points to make it 5:2 and was then unstoppable. Hendriks won the last four legs in 13, 12, 13 and 15 darts: pure world class. Hopp ended up with an average of 87.13, seven points worse than his opponent.

For the Dutchman, his big dream has come true, although he was already 2:5 behind in his first round match against compatriot Richard Veenstra, survived several match darts and then not only won four legs in a row, but also the following six matches. Actually eliminated at the start, Hendriks is now going to the World Cup. A little darts fairy tale.

With Gabriel Clemens and Martin Schindler, two Germans are seeded for the second round at the World Championships in Alexandra Palace, which will be held until January 3rd. Florian Hempel had qualified for the first round as the winner of the Super League. The last chance for all unqualified tour ticket holders like Ian White and Ryan Joyce is on November 28th when two World Cup tickets are still up for grabs. In the evening the draw for the first and second round will take place.

‹ ›
Keywords:
HoppDartsMax (Dartspieler)
Your comment has been forwarded to the administrator for approval.×
Warning! Will constitute a criminal offense, illegal, threatening, offensive, insulting and swearing, derogatory, defamatory, vulgar, pornographic, indecent, personality rights, damaging or similar nature in the nature of all kinds of financial content, legal, criminal and administrative responsibility for the content of the sender member / members are belong.
Related News