Marseille shower Angers and temporarily take the lead in L1

Abused during the first half hour, OM finally took advantage of the Angers lack of realism and the defensive flaws of SCO, now the worst defense in the championship (21 goals conceded in 9 matches) to win thanks to Jonathan Clauss (35th) , Luis Suarez (50th) and Gerson (59th). 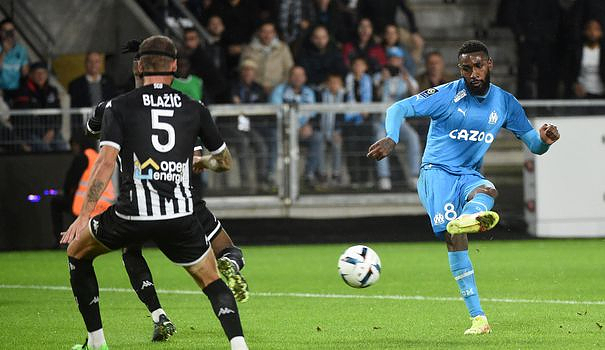 Abused during the first half hour, OM finally took advantage of the Angers lack of realism and the defensive flaws of SCO, now the worst defense in the championship (21 goals conceded in 9 matches) to win thanks to Jonathan Clauss (35th) , Luis Suarez (50th) and Gerson (59th).

An ideal recovery for Igor Tudor's men, who are thus full of confidence at the start of a marathon with another 10 matches to play, in all competitions, before the cut in November / December for the World Cup-2022.

In Ligue 1, they remain undefeated and after their disappointment against Rennes (1-1) just before the international break, they take a small lead over PSG, which hosts Nice on Saturday evening.

But the picture is darker in the Champions League, where OM started with two defeats against Tottenham (2-0) and Eintracht Frankfurt (1-0) and will not have room for error on Tuesday against Sporting Portugal.

For Angers, who had come out of a big black hole by chaining two victories against Montpellier (2-1) and Nice (1-0) before the break, it's a new disappointment. But the workforce of Gérald Baticle (14th, 8 pts), deeply renewed this summer, keeps a little ahead of the red zone and has shown encouraging signs.

In a match conducted at a slow pace, under a fine rain and fresh gusts, the Angevins indeed began by imposing their pressing on the Marseillais. But Nabil Bentaleb saw the post repel a good shot (18th) and Adrien Hunou, found alone in the area, did not frame his own (34th).

Behind, Clauss, well shifted to the left by Suarez, tumbled into the area to open the scoring with the help of the incoming post (0-1, 35th), lifting the Raymond-Kopa stadium, where the "Auxarmes" Marseille sounded much louder than the "Allez le SCO".

A first goal in the Marseille jersey for the French international, who was helping out in the left lane due to the suspension of Nuno Tavares.

Reinvigorated, the Marseillais accelerated the pace and Suarez had the opportunity to knock out the Angevins but his header was off target (39th).

It was Clauss who took care of it: intercepting a ball badly negotiated by the Angevin defense, the winger quickly projected himself to find Suarez alone in the area (0-2, 50th). The former Lensois then combined in the area with Samuel Gigot, who served Gerson, in turn forgotten in the area (0-3, 59th).

Faced with increasingly feverish Angevins, OM then rolled out without forcing and Igor Tudor (from the stands because suspended and replaced on the bench by his deputy Hari Vukas) took the opportunity to get Clauss out - to cheers from the stadium --, Gerson and Dimitri Payet, ahead of Tuesday's game which is already crucial for the rest of his European campaign.