Marseille: an autistic child found killed with a knife, his mother in police custody

"The mother of the child was placed in police custody, given the findings of the technical and scientific police in the" family apartment, said barely two hours later the public prosecutor of Marseille Dominique Laurens, still at AFP. 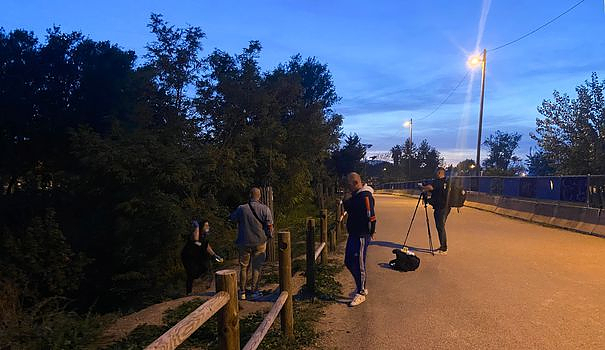 "The mother of the child was placed in police custody, given the findings of the technical and scientific police in the" family apartment, said barely two hours later the public prosecutor of Marseille Dominique Laurens, still at AFP.

The child, autistic according to his uncle and aunt who spoke to AFP on the spot in the afternoon, in the popular district of Capelette, would have escaped the supervision of his mother on Friday, around 4:00 p.m. during a walk.

According to Ms Laurens, the mother reported her child missing on Friday.

The child's uncle and aunt told AFP that the family would have first notified the police station around 5:00 p.m., then again around 10:00 p.m., their search still being unsuccessful.

The body was discovered by the father and the uncle of the child, insisted Ms. Laurens, specifying that the investigation had been entrusted to the judicial police.

The family told AFP that they first found the child's jacket on Saturday morning, around 8:30 a.m., on the banks of the Huveaune, before finally finding the body around 1:00 p.m., still by the river, about a hundred meters away, down a steep slope overlooking the water, in tall grass and brush.

The corpse has "stab wounds", the prosecutor told AFP, also speaking of "many traces of blood on the way to the discovery of the body".

On images taken by the uncle with his mobile phone, which AFP was able to see, the child, dressed, is in a lateral position, his face turned towards the brushwood, blood on one arm and on his stomach. Still according to the uncle, the firefighters would have advised the family to move away, the face of the child being "damaged".

"We went to see the police right away," repeated the aunt on Saturday to AFP: "When it's an autistic child like him, we don't let the parents leave like that, we find a patrol to go search,” she continued.

"If they had come earlier.... Afterwards, I don't know what it would have changed," she added, visibly angry. Informed a few moments later of the placement in police custody of the mother, the aunt immediately burst into tears.

The uncle, aunt and two neighbors of the family assured AFP that they had looked for the child until 3 a.m.