Maria Moreno, a mojaquera who sets the course for Ukraine

Yesterday, the solidarity of Levante went to Ukraine. 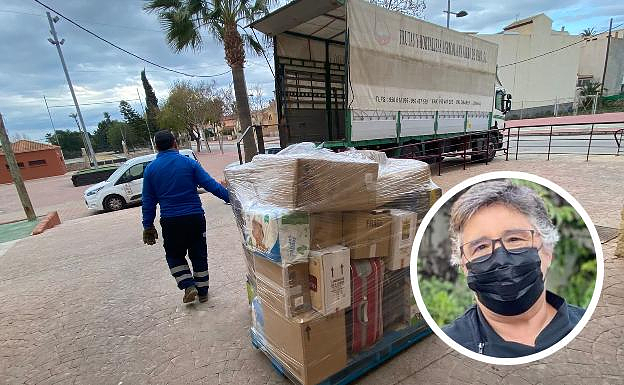 Yesterday, the solidarity of Levante went to Ukraine. Maria Moreno (owner of Cabo Norte in Mojacar) and Natalia (co-pilot -of Ukrainian descent- are Maria's friends and co-pilots. They traveled nearly 4,000 km and 30 hours to reach the border of Ukraine and Poland to provide food and clothing for those in need and return citizens who fled Ukraine during the war.

Maria, originally from Jaen, arrived in Almeria 19 year ago to start her hotel business. She met Natalia, a young woman from Ukraine who arrived at her home to apply for a job. Maria was there to help Natalia, registering her papers and offering her a job. She joins them as great friends many years later.

Natalia was filled with suspense when she received the news from her homeland. Maria found Natalia in a panic in her restaurant kitchen the day after the war broke out. She tried to comfort her but the hostess placed herself in the shoes of her friend. She says, "If they invaded our country, I don’t know what I would do." It is true that Natalia, despite having her family in the province of Kiev, has many relatives, friends, and acquaintances in Ukraine.

Maria suggested to her friend that she rent a van and load it up with supplies before heading to the border with Ukraine. Her intention is to bring passengers to refugee from war to her destination once she has arrived. It was done. They rented a minivan for seven people and posted a message on social media asking for help. "If everything goes smoothly, I will be leaving with Natalya Kabyuk next Sunday 6th for the Polish-Ukrainian frontier. We are open to receiving blankets, warm clothing, food, or other items. This post has been shared 147 times, and received more than 130 comments by people who are interested in contributing products.

Maria was shocked by the outpouring of support she received after publishing the publication. Many people have reached out to her restaurant to make small donations. It took several days to prepare all the donations from Levante residents. It was a job that was finally organized and divided into five vans, which will be returning with 30 children and mothers "to get them from the horrors of war."

The City Council also supported the cause financially.

Maria says that she doesn't want to be recognized or rewarded for her efforts, but wants to feel good about the future. According to Maria, helping someone is very nice, especially in difficult times such as those for the Ukrainian people.

‹ ›
Keywords:
MariaMorenoMojaqueraPoneRumboAuxilioUcrania
Your comment has been forwarded to the administrator for approval.×
Warning! Will constitute a criminal offense, illegal, threatening, offensive, insulting and swearing, derogatory, defamatory, vulgar, pornographic, indecent, personality rights, damaging or similar nature in the nature of all kinds of financial content, legal, criminal and administrative responsibility for the content of the sender member / members are belong.
Related News