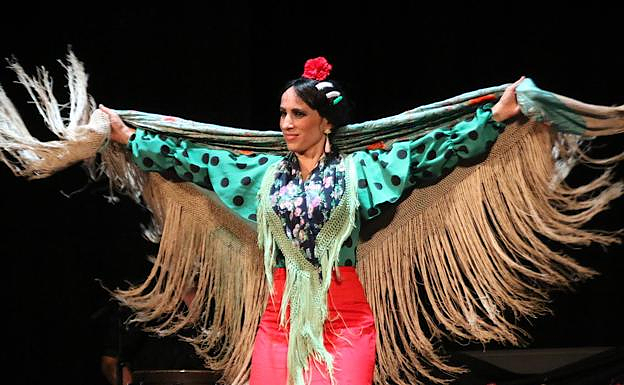 The Ideal Cinema Theater hosted the flamenco performance 'Espana', which was performed by Maria del Mar Ramirez. Santa Cena brotherhood organized a high-quality proposal. With the support of the Ubetense City Council, several sponsoring companies, and a solidarity component. A portion of the ticket sales went to Ubeda, the Down Syndrome Association of Jaen, and the province. A portion of the proceeds will be used to finance the construction of the Maria Santisima de la Concepcion sculptural group that the brotherhood plans to process in the near future.

A large audience enjoyed a high-quality dance, singing, and guitar recital. It was full of emotion and strength. The performance offered a journey through different places with music and movement. Maria del Mar Ramirez, Cristina Montejo, and Sebastian Vilches danced. Paco Avalos played percussion and Miguel A. Moreno played flute. Mariana Toral was on the piano.

Jose de la Cruz Lopez Jurado (or Pepe 'el bunolero), was the brother of the recently deceased brotherhood. The show was dedicated to him. His family was also honored for this reason.

‹ ›
Keywords:
ExitoEspectaculoEspañaCompaniaMariaRamirez
Your comment has been forwarded to the administrator for approval.×
Warning! Will constitute a criminal offense, illegal, threatening, offensive, insulting and swearing, derogatory, defamatory, vulgar, pornographic, indecent, personality rights, damaging or similar nature in the nature of all kinds of financial content, legal, criminal and administrative responsibility for the content of the sender member / members are belong.
Related News