The Andalusian Football Federation informed Andalusian clubs about how the Third Division's groups IX andX will be split. 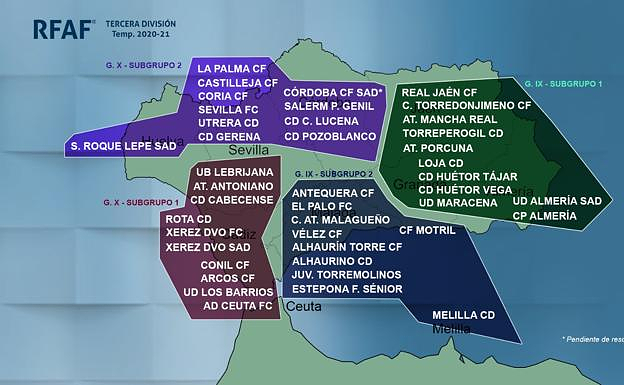 The metropolitan team will be competing in the first subgroup, along with ten other teams: Loja, Huetor Tajar, and Huetor Vega. Real Jaen and Torredonjimeno are the other teams they will be facing off against. C. F. Motril from Granada, which also participated in the Third Division, was eventually framed in the second group.

‹ ›
Keywords:
NuevoGrupoMaracenaTerceraDivisionProximaTemporada
Your comment has been forwarded to the administrator for approval.×
Warning! Will constitute a criminal offense, illegal, threatening, offensive, insulting and swearing, derogatory, defamatory, vulgar, pornographic, indecent, personality rights, damaging or similar nature in the nature of all kinds of financial content, legal, criminal and administrative responsibility for the content of the sender member / members are belong.
Related News