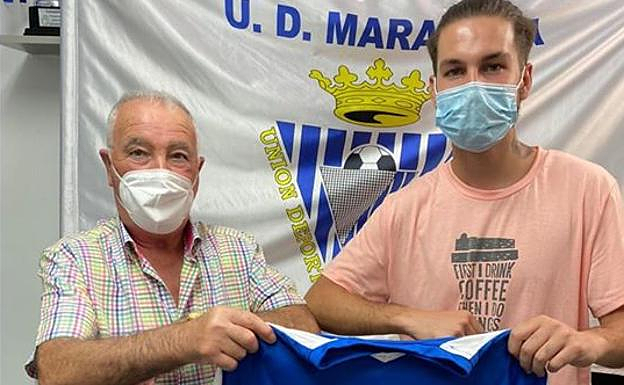 U. D. Maracena is continuing to prepare its squad. At the beginning of the week, it announced the official arrival of a new footballer. Jose Antonio Castillo Criado will be joining the Huetor Vega metropolitan team to strengthen its defense. Jose Antonio, a right back, joins other signings like Alejandro Rosales or Jordi Scgliotti, both from Huetor Vega.

The Maracena team, on the other hand has taken the opportunity to issue an official statement via its social media networks reminding all footballers who were part of the club's past season that they have "reserved their place in which is their club". They count on every single one of them. The statement also says that we have open doors for new and existing players. They conclude by saying that they will be reporting on the recruitment period and the start of training via the club's social media networks.

‹ ›
Keywords:
MaracenaRefuerzaDefensaJoseAntonioCastillo
Your comment has been forwarded to the administrator for approval.×
Warning! Will constitute a criminal offense, illegal, threatening, offensive, insulting and swearing, derogatory, defamatory, vulgar, pornographic, indecent, personality rights, damaging or similar nature in the nature of all kinds of financial content, legal, criminal and administrative responsibility for the content of the sender member / members are belong.
Related News