Maracena streets continue to be cleaned

Maracena's streets are constantly being cleaned and disinfected. 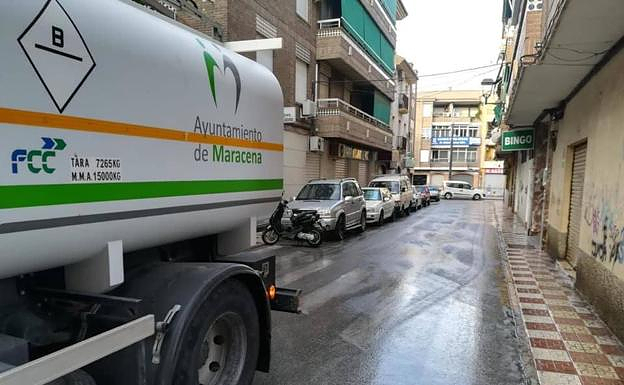 Maracena's streets are constantly being cleaned and disinfected. The Granada metropolitan municipality made it clear that disinfecting the whole town was a priority when the Government of Spain declared a state of emergency. Since then, municipal workers have continued to clean the streets.

The Maracena City Council is responsible for ensuring safety in the city. They continue to perform these tasks daily in various areas, with a special focus on the most common areas like the Health Center, supermarket entrances and parks, squares, and nurseries. Some of these works will continue at least until the end the state of emergency.

‹ ›
Keywords:
ProsiguenTrabajosLimpiezaCallesMaracena
Your comment has been forwarded to the administrator for approval.×
Warning! Will constitute a criminal offense, illegal, threatening, offensive, insulting and swearing, derogatory, defamatory, vulgar, pornographic, indecent, personality rights, damaging or similar nature in the nature of all kinds of financial content, legal, criminal and administrative responsibility for the content of the sender member / members are belong.
Related News