Spanish Handball Federation has taken a decision regarding its competitions. 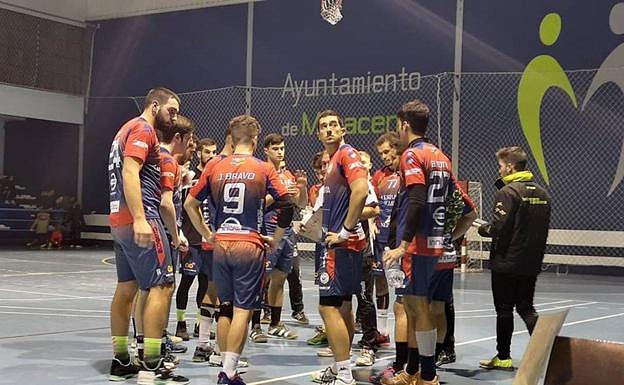 Spanish Handball Federation has taken a decision regarding its competitions. They were stopped due to the health crisis brought on by coronavirus. This includes the suspension of the season and promotion of clubs with a higher coefficient of points per match played.

Javi's Maracena La Esquinita Handball, the champion for most of the championship, finished third in the qualifying tables and saw all its promotions options disappear at once. The Spanish Federation made this difficult decision and it was quite painful for the Maraceneros, who had the chance to reach the Silver Division of Honor.

Ikasa Madrid won promotion to Group F in the First National Men's Championship. This was the place that the Maracena team had been awarded. It was tied with Caserio de Ciudad Real Handball, and gained only one point over the Maracena Handball. They have not appealed the decision from the metropolitan team and their players won't return to training until preparations for next season begin.

‹ ›
Keywords:
BalonmanoMaracenaDiceAdiosTemporadaAscenso
Your comment has been forwarded to the administrator for approval.×
Warning! Will constitute a criminal offense, illegal, threatening, offensive, insulting and swearing, derogatory, defamatory, vulgar, pornographic, indecent, personality rights, damaging or similar nature in the nature of all kinds of financial content, legal, criminal and administrative responsibility for the content of the sender member / members are belong.
Related News