Many people admitted for covid are older than 65 and have other medical conditions. 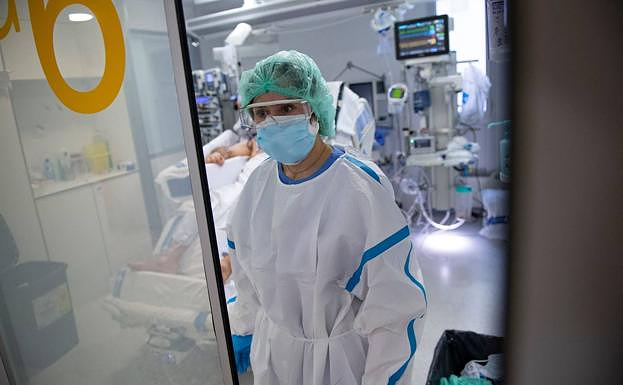 Covid-19 is back. After several weeks of low activity, the virus has recovered strength and now infects all who cross its path. It doesn't matter if the disease was previously cured or not. To see this new turnaround, it is sufficient to ask your closest friends and relatives. Almost everyone knows someone who has been infected within the past few weeks.

According to the Ministry of Health and Families of the Andalusian Government's latest data update, Almeria has the third highest covid-19 incidence among older people, the most vulnerable. This group has an incidence rate of 705.2 cases for every 100,000 people. Jaen (788.9) and Granada (790.3), are the only two places that have higher rates. 561.9 cases is the regional average.

The health authorities have been ignoring this parameter, which measures the contagiousness of the virus for many months. They now only care about hospital pressure. They are focusing on the Intensive Care Units, or ICU, which is why they believe that the situation is currently under control, despite the high number of infections.

"There has been a slight rise in hospitalizations due to the increased incidence of infections, but it is not having any impact on the ICUs. A very contagious variant is threatening the most sensitive patients and requiring hospital admission. The rule is that the more positive cases there are, the more likely it is for symptoms to warrant hospitalization. Juan de la Cruz Belmonte, acting territorial Health delegate in Almeria stated this.

The Andalusian Government disclosed that 39 people were admitted to Almeria hospitals. Only one was in the ICU at Poniente University Hospital.

According to internal reports from health professionals, yesterday's figures showed that the Torrecardenas University Hospital was treating 15 Almerian residents with the Inmaculada de Huercal Overa six-months later, and the 18 remaining patients were admitted at the Poniente Ejidense Hospital.

"Most hospitalizations occur due to other pathologies that can reproduce respiratory problems. Omicron is not as harmful to the lungs as it is to the throat and upper respiratory tract. It does not reach the lung like the Delta, which is its severity," said Belmonte Mena.

Concerning the patient profile, the delegate said that they are usually over 60 years old or 65 years and have other diseases. He also warned about the difficulty of distinguishing between admissions "for" or "with" covid. He stated that it was difficult to distinguish between respiratory admissions because many people have respiratory problems or insufficiencies.

"It's time to recall the recommendation to wear masks indoors, especially in poorly ventilated areas, and in the presence sensitive or elderly persons, who are those who can develop symptoms that need hospitalization," stated the highest authority in the province. He asked covid-positive individuals to "reduce their social interaction as much possible" and to "go out on the streets with their masks on." This is not a requirement anymore.

‹ ›
Keywords:
MayoriaIngresadosCOVIDAnosPatologias
Your comment has been forwarded to the administrator for approval.×
Warning! Will constitute a criminal offense, illegal, threatening, offensive, insulting and swearing, derogatory, defamatory, vulgar, pornographic, indecent, personality rights, damaging or similar nature in the nature of all kinds of financial content, legal, criminal and administrative responsibility for the content of the sender member / members are belong.
Related News