A test vehicle with modern assistance systems was involved in a serious accident with one dead and nine seriously injured in the Swabian Jura. 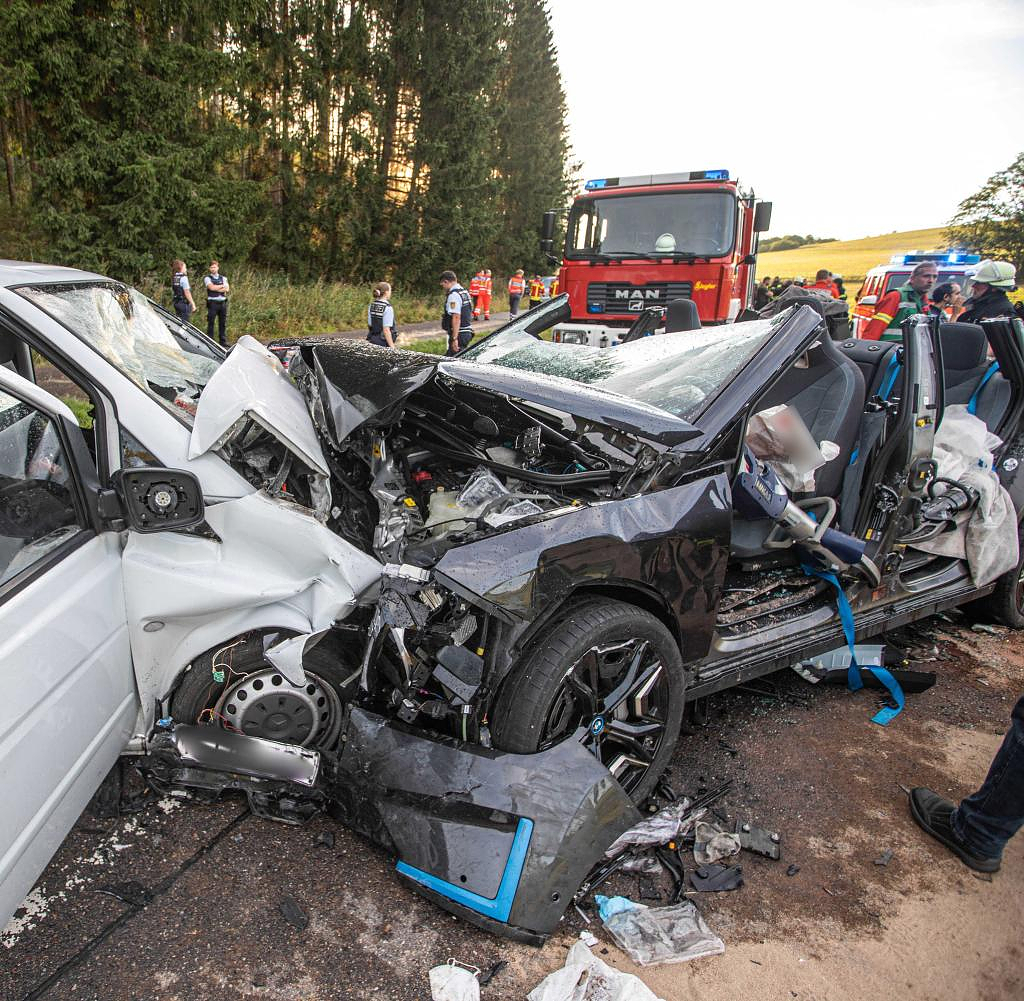 A test vehicle with modern assistance systems was involved in a serious accident with one dead and nine seriously injured in the Swabian Jura. Whether the vehicle was driven by the 43-year-old driver or not is the subject of the investigation and is currently unknown, a police spokesman said. According to the information, the cause of the accident is unclear. The carmaker BMW intervened in the incident.

The accident happened on Monday on federal highway 28. According to the police, the driver of the test car was traveling with four other people on board near Römerstein in the Reutlingen district. In a curve, the car came into the oncoming lane and grazed a car. The car then crashed head-on into another car. This vehicle also left the roadway and immediately caught fire. The test car collided with another car. The 33-year-old passenger in the car suffered fatal injuries.

According to the police, there were two men aged 31 and 47 in the test car next to the driver, as well as a 42-year-old and a one-and-a-half-year-old child. Like the other people involved in the accident, they were taken to hospital with serious injuries.

In a statement the morning after the accident, the police spoke explicitly of an “autonomous e-test vehicle” of the BMW iX type. A spokesman for BMW contradicted this information and said in Munich: "The vehicle has level 2 driver assistance systems, which are already installed in production vehicles and support the driver if desired. With Level 2 vehicles, the driver always remains responsible.”

Only in the case of highly automated vehicles from level 3 onwards can the driver fully delegate control to the vehicle under certain conditions.

BMW further stated: "We are currently in the process of investigating the exact circumstances. Of course, we are in close contact with the authorities. One thing is already certain: the BMW vehicle involved was not an autonomous vehicle.” A police spokesman was unable to comment on this early in the afternoon.

The investigation into the accident has taken over the traffic police Tübingen together with an expert. The rescue service was on site with four rescue helicopters and ten ambulances. 80 firefighters with 15 emergency vehicles responded. The federal highway 28 was closed for several hours as a result of the accident. The police estimate the damage to the vehicles involved at around 180,000 euros.

‹ ›
Keywords:
TexttospeechNewsteamAutonomes FahrenBadenWürttembergTexasPolizeiReutlingenAutoRömersteinB28TübingenSchwäbische AlbKrimiBMWUnfallBundesstraße 28FahrerassistenzsystemTestfahrzeug
Your comment has been forwarded to the administrator for approval.×
Warning! Will constitute a criminal offense, illegal, threatening, offensive, insulting and swearing, derogatory, defamatory, vulgar, pornographic, indecent, personality rights, damaging or similar nature in the nature of all kinds of financial content, legal, criminal and administrative responsibility for the content of the sender member / members are belong.
Related News