On this winter night of 2014, the frozen air burns the lungs in kyiv, but it does not prevent Ukrainians from flocking to Maidan. 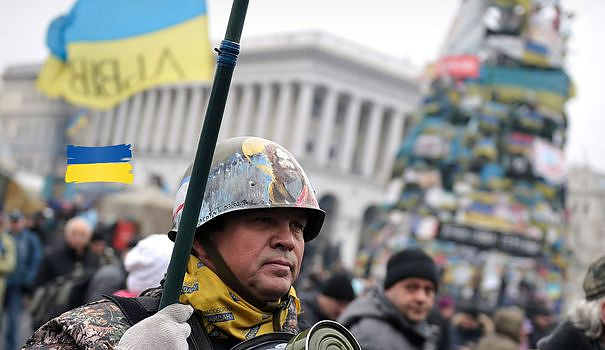 On this winter night of 2014, the frozen air burns the lungs in kyiv, but it does not prevent Ukrainians from flocking to Maidan. The revolution is underway, nothing will stop this human tide which will soon sweep away President Yanukovych, Moscow's henchman.

Arrived from Lviv in an old bus, Serhiy takes me to the barricades. To protect himself from the batons of the berkouts, the terrible anti-riot militias, this Gavroche draped in blue and yellow has only a derisory wooden shield. Like his brothers in arms, he risks his life. But did he even ask himself the question? That evening, Serhiy will be injured in the eye by a smoke grenade, but that will not prevent him from returning the next day. And the next.

Putin must understand: nothing will stop the Ukrainians

In this maelstrom of violence, hopes and exasperation was born a flame that has never been extinguished. Around the flaming cans a thousand faces warmed up: pro-European militants, Russian-speakers, nationalists, workers, babushkas wrapped up in their headscarves... Those of a society that is becoming aware of its collective strength. "Together, we were less afraid than staying alone at home, in an illusion of comfort", evokes the Ukrainian philosopher, Constantin Sigov.

"Nothing will stop us." A young wife had whispered this sentence to me at the end of a mass given in honor of her husband, shot by a sniper. I remember their 8-year-old son, whose blue eyes seemed to say "why?". Why do we not have the right to choose our destiny, we who, on August 24, 1991, sealed our independence in a democratic way?

After Maidan, nothing will be like before. To have witnessed this extraordinary fervor helps to understand the indefatigable determination of the Ukrainians. They will never give up. They will never capitulate. From kyiv to Kharkhiv, everyone will hold their post. And that's what Vladimir Putin will never understand. He can mutilate them and crush them with bombs, he will never imprison their spirit. A spirit born in Maidan, on this winter night of 2014.