"The situation is catastrophic, we've been saying it for ten years and it's getting worse. 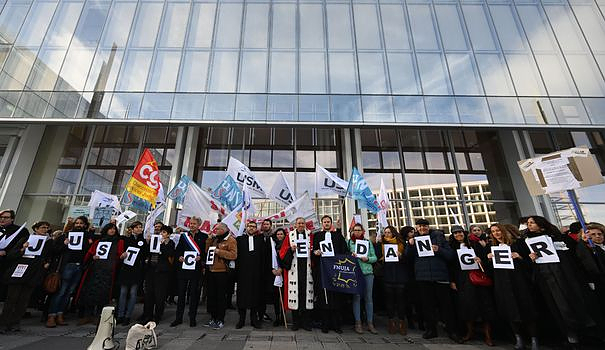 "The situation is catastrophic, we've been saying it for ten years and it's getting worse. The death of our colleague has reminded us that our court is at the end of its rope," said Dominique Marcilhacy, delegate and union official of the Union Syndicale des magistrates (USM) in Nanterre, where the deceased judge Marie Truchet was unionized.

Vice-president of the Nanterre Criminal Court, Marie Truchet died on October 18 at the age of 44 while presiding over an immediate appearance hearing. An investigation is underway to determine the causes of his death and whether it may be related to his working conditions.

In September, an appeal was jointly filed by an association of magistrates from the Nanterre court - to which Marie Truchet belonged - and by the Hauts-de-Seine bar to challenge "the job location circular", which determines the number number of magistrates allocated to a court.

This appeal was accompanied in November by a summary suspension, an "emergency procedure" launched to "put pressure on the Keeper of the Seals on this subject", underlined Tuesday Me Michel Guichard, president of Hauts-de-Seine. .

The magistrates of the Nanterre court called on the Chancellery to take into account the "specificities" of their jurisdiction, which "is particularly overwhelmed with litigation from La Défense companies" and "cannot in fact be treated like an ordinary court" .

The president of the USM, Ludovic Friat, gave them his support on Tuesday.

According to Dominique Marcilhacy, in post at the Nanterre court for five years, "it is impossible here to work properly".

"I refer 30% of my cases over a year. I have more than fifty cases" waiting to be heard, "the exhaustion is general", she told AFP.