The day after a lavish reception at the White House which sealed the French president's "friendship" with his American counterpart Joe Biden, he must spend less than 24 hours in the city of Louisiana, in the south-east of the country. 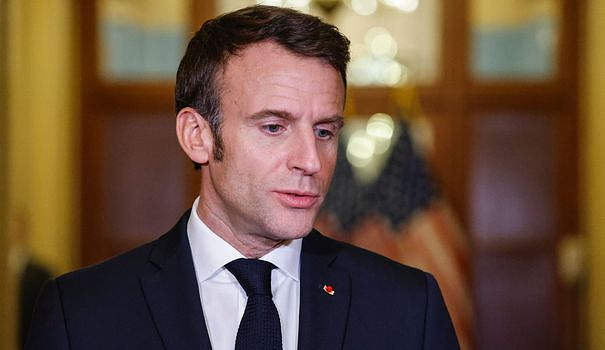 The day after a lavish reception at the White House which sealed the French president's "friendship" with his American counterpart Joe Biden, he must spend less than 24 hours in the city of Louisiana, in the south-east of the country.

Once French, "New Orleans" was sold in the United States by Napoleon Bonaparte in 1803.

"In New Orleans, in French-speaking land if there is one", President Macron has indicated that he will announce an "ambitious" initiative: "the French For All fund, to support the learning of French wherever it is is at stake in the United States, from kindergarten to university, especially among disadvantaged audiences who can find in French a multiplier of opportunities," he said Wednesday to the French community in Washington.

He added that he wanted to renovate "the image of French in the United States, which is sometimes perhaps seen as elitist".

After General de Gaulle in 1960, Emmanuel Macron therefore chose to stop in New Orleans. He should not fail to stroll through the streets of "NoLa", probably in the "Vieux Carré", or "French Quarter", the very lively historic center of this city, whose population is overwhelmingly African-American.

"We have a history in New Orleans and important things to say on the spot which concern both our history and what we want to do for the future," said the Elysée.

The Head of State will therefore "celebrate a Franco-American heritage" but also "pay tribute to the resilience of a large American city" bereaved by Hurricane Katrina which had killed more than 1,800 people and billions of dollars in damage in 2005.

Interviews are thus planned with "companies committed to energy and climate issues", according to the presidency. Foreign Minister Catherine Colonna and Louisiana Governor John Edwards must also sign an agreement on energy transition in this "extremely proactive" oil and gas state in the eyes of Paris.

Accompanied by the film director Claude Lelouch and the dancer and choreographer Benjamin Millepied, Emmanuel Macron will also meet actors of cultural life in this city, the cradle of jazz, the day after a gala dinner at the White House hosted by the virtuoso pianist Jon Batiste, from a family of musicians in New Orleans.

On Thursday, during a visit overflowing with diplomatic affection, Emmanuel Macron and Joe Biden displayed their unity over Ukraine, demonstrating their desire to seek a solution to the war together, and rounded the corners on the economic disputes that had chanted preparing for their tete-a-tete in the Oval Office.