“The President of the National Assembly (Yaël Braun-Pivet) and the President of the Senate (Gérard Larcher) are seized of this draft appointment, so that the interested committee of each of the assemblies decides under the conditions provided” by the Constitution , added the presidency in a press release. 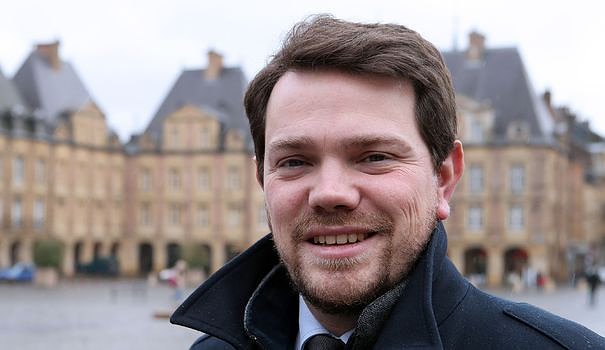 “The President of the National Assembly (Yaël Braun-Pivet) and the President of the Senate (Gérard Larcher) are seized of this draft appointment, so that the interested committee of each of the assemblies decides under the conditions provided” by the Constitution , added the presidency in a press release.

This proposal for appointment comes at the very time when the members of the Republicans elect, Saturday and Sunday, their president who will have the difficult task of redressing a bias in a vice between the far right of Marine Le Pen and the Macronist majority.

In April, the mayor of Charleville-Mézières had given his support to Emmanuel Macron against the candidate LR Valérie Pécresse for the presidential election.

The two men, both enarques and from the same generation (Boris Ravignon is 47 and Emmanuel Macron 44), worked together at the General Inspectorate of Finance in Bercy in 2004-2005, before Boris Ravignon joined Nicolas Sarkozy, then Minister of the Interior and in orbit for the 2007 presidential election.

Since September 1, the presidency of the Ademe Board of Directors has been held on an interim basis by Patrick Lavarde, after the resignation in June of the previous president Arnaud Leroy, another close friend of the President of the Republic and pillar of the 2017 campaign. .

On Friday, the Head of State had opted for the various left-wing mayor of Dunkirk, Patrice Vergriete, at the head of the Agency for Financing Transport Infrastructure in France to replace Jean Castex, who left to lead the RATP.