Macron in Algeria next week to revive the relationship

The trip, from Thursday August 25 to Saturday August 27 to Algiers then Oran, follows a first visit of around twelve hours in December 2017 at the start of his first five-year term. 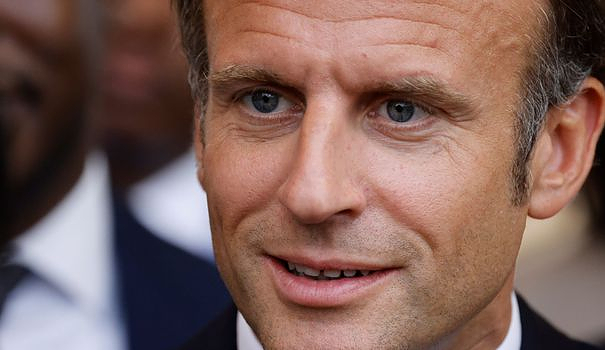 The trip, from Thursday August 25 to Saturday August 27 to Algiers then Oran, follows a first visit of around twelve hours in December 2017 at the start of his first five-year term.

The French president and his Algerian counterpart Abdelmadjid Tebboune discussed this visit during a telephone conversation on Saturday. Emmanuel Macron notably offered his condolences to his counterpart after the gigantic fires which ravaged northern Algeria on Wednesday and Thursday, killing 37 people, according to an official report. Those fires were nearly all extinguished on Saturday, firefighters said.

"The Head of State informed his counterpart of France's availability to provide Algeria with land and air resources to deal with it," said the Elysee.

This trip comes at the end of a sequence loaded with symbols with the 60th anniversary of the Evian Accords (March 18, 1962), which put an end to more than seven years of war between Algerian insurgents and the French army, and the independence of Algeria (July 5, 1962) after 132 years of French colonization.

"By choosing Algiers as a destination for the start of his term, President Macron shows that Algeria is returning to the regional and international scene," notes Hasni Abidi, director of the Center for Studies and Research on the World. Arab and Mediterranean in Geneva. “Algeria cannot ignore a good agreement with Paris either,” he believes, pointing out in particular the importance of the Western Sahara issue in the eyes of the Algerians in the face of their Moroccan neighbor.

The former French ambassador to Algeria Xavier Driencourt, on the other hand, does not see "the interest of such a visit at present". "There is no recent change in relations with Algeria," he observes. "There should still be gestures from Algiers on a certain number of our requests, which are consular passes, economic affairs," he says.

Paris and Algiers first hope to turn the page on a series of misunderstandings and tensions. The relationship with the new French president, the first of the Fifth Republic to be born after the Algerian War, was however announced under the best auspices.

During a trip to Algiers in February 2017, Emmanuel Macron, then candidate for the Élysée, had described colonization as a "crime against humanity", arousing hopes of repentance in Algeria as well as strong criticism from the right and of the extreme right in France.

Back in Algiers on December 7, 2017, a few months after his election, he called not to remain "hostages" of the past and to build "much more developed relations" between the two countries.

He has since multiplied memorial gestures, acknowledging the responsibility of the French army in the death of the mathematician Maurice Audin or the nationalist lawyer Ali Boumendjel, without going so far as to apologize for French colonization.

Franco-Algerian relations experienced a cold snap when in September 2021, according to comments reported in the press, he criticized the Algerian "politico-military" system for maintaining a "memorial rent" around the war of independence and wondered about the existence of an Algerian nation before colonization.

Algeria then recalled its ambassador to Paris for three months. Emmanuel Macron finally had to express his "regrets" in the face of the controversy generated, in order to defuse the crisis.

Relations have gradually warmed since. At the end of April, the Algerian president congratulated his counterpart on his re-election and invited him to visit Algeria. In June, the two leaders expressed their desire to "deepen" the ties between the two countries.

And in a letter to President Tebboune for the 60th anniversary of Algeria's independence, Emmanuel Macron stressed his desire to "continue his process of recognition of the truth and reconciliation of the memories of the Algerian and French peoples".