"We can change lives if we decide to do so", declares the Head of State in this video of a quarter of an hour during which he gives the instructions for use of the CNR, really launched Monday on the two themes health and education, which he presents as priorities. 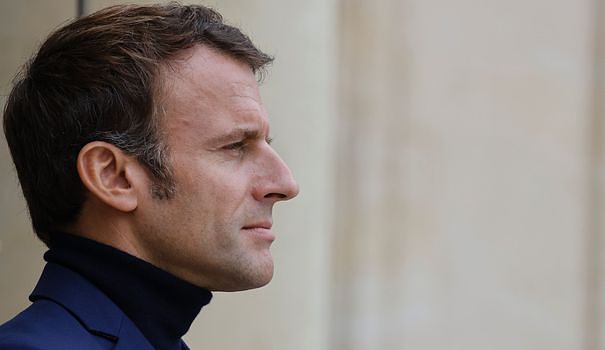 "We can change lives if we decide to do so", declares the Head of State in this video of a quarter of an hour during which he gives the instructions for use of the CNR, really launched Monday on the two themes health and education, which he presents as priorities.

"I will be by your side to do it, against all obstacles", adds Emmanuel Macron, wearing a turtleneck under his jacket as the Minister of the Economy Bruno Le Maire recently did to "show sobriety ".

"I am counting on you with a lot of enthusiasm, conviction, strength" in order to "find intelligently, all together, the right solutions, far from postures, from conservatism, far from debates which are sometimes caricatural", but in learning from "ideas, initiatives and changes" that are sometimes "very local".

The president therefore calls on the French to connect to the conseil-refondation.fr platform, launched on Monday, to "contribute their ideas" on "ecology, school, health, demography, work", main themes of the CNR.

Promising "a new method" of governing, Emmanuel Macron had launched the CNR on September 8 in Marcoussis (Essonne) in the presence of representatives of communities, unions and associations, but without opposition leaders, who had denounced a " com' operation".

Its objective is based on "more consensus, a common framework of thought and action and concrete solutions for each and every one of you", he explains in the video.

He indicates that he felt, during his travels, "a desire (of the French) to be associated, but not simply at the time of the elections", to "participate in decision-making" so that the citizen is "not someone one on whom we will impose decisions".

On education, Emmanuel Macron gives as an example the operation launched in September 2021 to give more initiatives to schools in Marseille. "From the beginning of next year, there will be concrete answers and things that will change," he promises.

The Ministry of Education was to begin training for representatives of the academies on Monday, then Minister Pap Ndiaye was to visit schools in Eure-et-Loir and Martinique, according to the Elysée.

On health, the other major project, the debate was to be launched in Sarthe by Minister François Braun and Deputy Minister Agnès Firmin Le Bodo.

Citing the question of medical deserts, Emmanuel Macron affirms that "there is not an answer at the national level" but "thousands, as many as living areas".

His video was criticized by Jean-Luc Mélenchon (LFI), for whom "Macron talks" with "an above-ground and abstruse jargon".