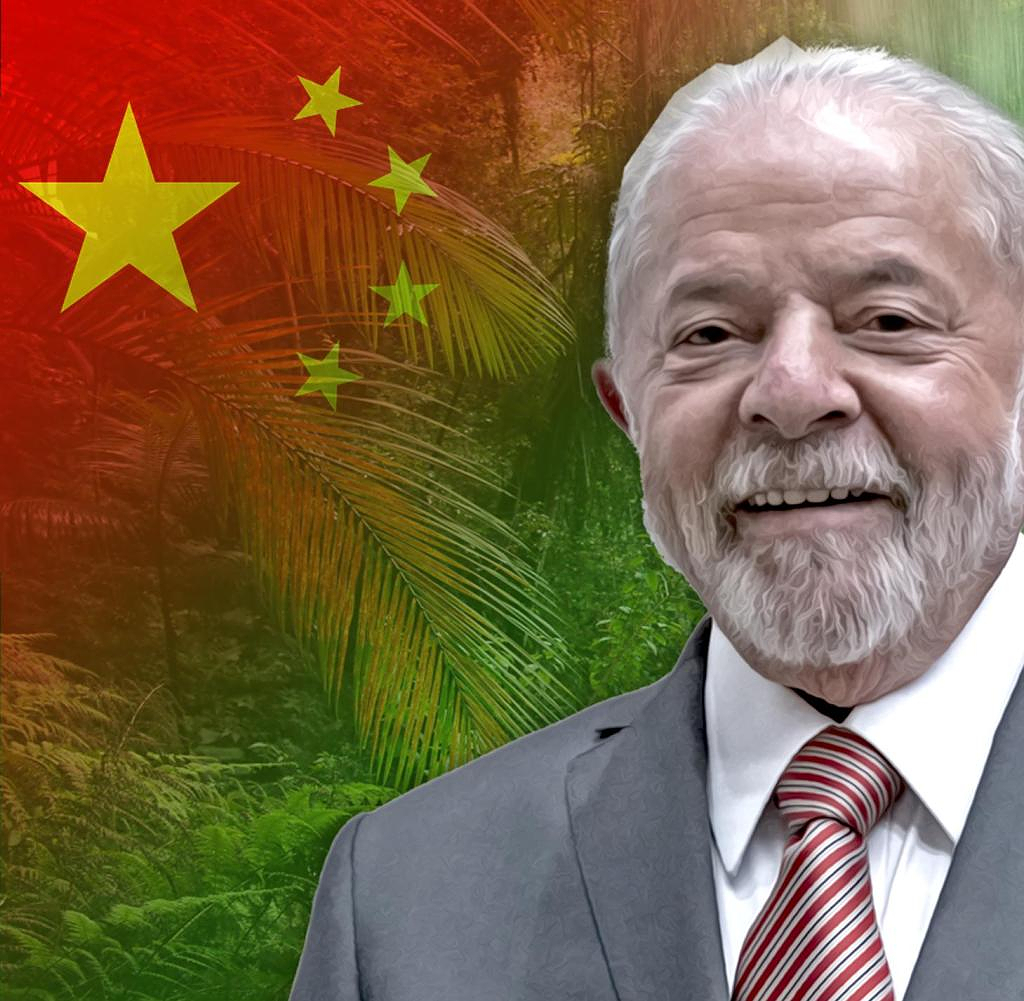 But that doesn't dampen the Western euphoria, the advance praise for the left-wing populist and victor over the right-wing incumbent Jair Bolsonaro is greater than for any other head of state in Latin America. On January 1, 2023, Lula is scheduled to begin his third term, following presidencies from 2003 to 2011.

Lula's campaign promise to introduce a zero deforestation strategy was enough to make Germany and Norway change their minds. The two countries announced that they would resume payments into the Amazon Protection Fund, which had been stopped because of Bolsonaro's increased deforestation figures.

But even with the climate protection funds demanded by the West, it will not be easy for the future president to implement his big promises for several reasons. China plays a significant part in this. Because the decisive factor for the Amazon deforestation was and is above all China's hunger for meat and thus the animal feed soy.

So far, however, Lula has not even dared to approach Beijing rhetorically. He knows that one wrong word could quickly dry up export earnings from there. And these are playing an increasingly important role in Brazil's economy. From 2005 to 2015, i.e. during the government of Lula's left-wing workers' party PT, soybean exports from Brazil to China had quintupled to 40.1 million tons. Meanwhile, Brazil's soybean production also multiplied during the same period.

At the beginning of his first term in office, Lula was primarily interested in his country's economic growth; he was only able to cultivate his image as a green president in the years that followed. The change of course that Lula initiated together with his then Environment Minister Maria Silva became apparent in 2005, when deforestation figures began to fall sharply for the first time.

Overall, the deforestation rate during Lula's entire tenure averaging about 15,600 square kilometers per year is higher than that of Bolsonaro (11,406 square kilometers). The key difference, however, is the trend. After this, the numbers at Lula fell sharply from the third year in office, while they immediately went up again when Bolsonaro took office.

Lula's promise will be difficult to keep, not only because of the current high deforestation figures, because under his predecessor environmental protection laws were weakened, important positions in politics and authorities were given to Bolsonaro-friendly officials, and the designation of protected areas was completely suspended.

Meanwhile, Lula is calling for more support from abroad. In his speech at the climate summit in Egypt, he sharply criticized the fact that the industrialized countries have not yet fulfilled the commitment they made in 2009 to provide 100 billion dollars a year for climate protection.

"I'm also here to demand what was promised," Lula said. At the same time, he pledged, a little less grandiosely than during the campaign, to “zero deforestation and the degradation of our ecosystems by 2030”. According to Lula, she only wants to govern for one term, until the end of 2026. The presidency from 2026 to 2030 will then be responsible for the final implementation of this promise of the century.

For German Foreign Minister Annalena Baerbock, negotiations with Brazil over aid for the Amazon rescue are a real chance to urge Lula to finally hold China accountable. There are now economies "that have developed massively" and are among the largest emitters simply because of their large population, said Baerbock recently, referring to China, which has had the world's largest greenhouse gas emissions for years.

Under Lula, Brazil would not only have to massively curb deforestation, but also realign its economic policy. However, the great power of agribusiness and a conservative majority in parliament will be major obstacles for Lula.

The portal "Amazonia Real", which specializes in environmental issues, has noticed a remarkable change in course by those regional heads of government who have so far been on Bolsonaro's side: "The Lula effect: Amazon governors are becoming environmentalists", the portal headlines ironically.

The background: Possible climate protection funds suddenly give regional politicians access to many hundreds of millions of euros, without it being clarified under what conditions the money will be paid out to whom. It is also unclear which anti-corruption protection is built in and whether the actual deforestation figures can be independently checked internationally.

Environmentalist Valter Calheiros from SOS Encontro das Águas is skeptical about "Amazonia Real": "I have serious doubts about those who have never been on the side of environmental protection, that they have good intentions."

‹ ›
Keywords:
KlimaschutzBaerbockAnnalenaBolsonaroJairSilvaBrasilienPolitikAmazonasLula Da
Your comment has been forwarded to the administrator for approval.×
Warning! Will constitute a criminal offense, illegal, threatening, offensive, insulting and swearing, derogatory, defamatory, vulgar, pornographic, indecent, personality rights, damaging or similar nature in the nature of all kinds of financial content, legal, criminal and administrative responsibility for the content of the sender member / members are belong.
Related News