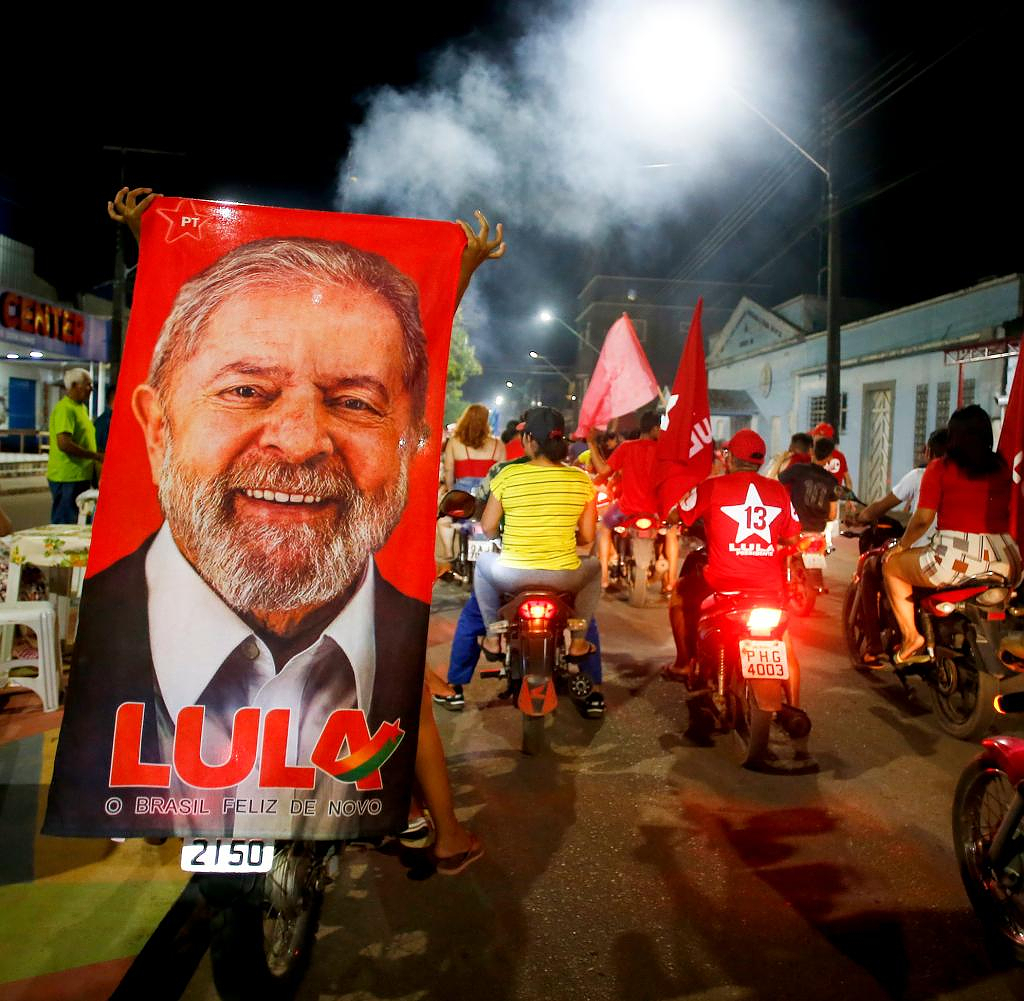 Left-wing ex-president Luiz Inácio Lula da Silva has won the presidential election in Brazil. Lula got 50.84 percent of the votes in the runoff, the electoral office in Brasília announced on Sunday (local time) after counting over 99 percent of the votes. The right-wing incumbent Jair Bolsonaro received 49.16 percent. According to the authorities, reversing the result was mathematically impossible.

Former trade unionist Lula ruled the largest country in Latin America, with 210 million people, from early 2003 to late 2010. He is Brazil's first democratically elected president to serve a third term. In addition to the head of state, governors were also elected in a dozen states on Sunday.

The atmosphere was very tense in view of the great differences, and the population was very divided. The already fierce election campaign had become increasingly dirty in the final sprint. Brazilians have been inundated with a flood of misinformation, especially on social media and Whatsapp groups. The television debates, in which Lula and Bolsonaro made accusations against each other, seemed downright civilized.

Many of his followers associate Lula with Brazil's golden age, when the economy boomed due to high commodity prices and the government lifted millions of people out of abject poverty with the help of social programs. For his opponents, however, Lula is responsible for corruption and nepotism.

He wanted to reconcile the warring camps with one another, he declared after his election victory. "I will govern for 215 million Brazilians," Lula said in his first post-election speech in São Paulo. "There are no two Brazils, only one people." Now the moment has come to restore peace.

There were fears that violence could break out after Lula's election victory. Bolsonaro had repeatedly cast doubt on the electoral system and indicated that he might not recognize the result. Since the relaxation of gun laws during his tenure, many of his supporters have heavily armed themselves. Some supporters of the incumbent also blatantly called for a military coup. However, experts do not see sufficient support for this in society and the armed forces.

The election in Brazil is also of international importance. As a huge carbon reservoir, the Amazon region plays an important role in the fight against global climate change. In addition, Brazil is a potentially important trading partner with its enormous natural resources, high proportion of green energy and large agricultural economy. US President Joe Biden congratulated Lula on the victory. He expressly emphasized on Monday night that the vote was "free, fair and credible".

During his four years in office, Bolsonaro presented himself as an arch-conservative defender of traditional Christian values. During the election campaign, he claimed without evidence that under Lula there was a threat of communism, persecution of the church, the liberalization of drugs and abortions. He also referred to a corruption and money laundering conviction that landed Lula in jail and prevented his candidacy four years ago. The verdict has since been overturned, which didn't stop Bolsonaro from labeling Lula a thief who could return to the scene of the crime if an election victory were to take place.

Lula criticized Bolsonaro's corona and environmental policies and accused him of not looking after those most in need in the country. Instead of funding social spending, Bolsonaro has spent billions on lawmakers' pet projects to gain their political support. In the first round of voting four weeks ago, Lula narrowly missed out on an absolute majority with 48 percent of the vote. Bolsonaro did surprisingly well with 43 percent.

‹ ›
Keywords:
NewsteamBolsonaroJairBrasilienApple PodcastBrasiliaLuiz Inacio Lula Da SilvaPolitikLula Da SilvaJair Bolsonaro
Your comment has been forwarded to the administrator for approval.×
Warning! Will constitute a criminal offense, illegal, threatening, offensive, insulting and swearing, derogatory, defamatory, vulgar, pornographic, indecent, personality rights, damaging or similar nature in the nature of all kinds of financial content, legal, criminal and administrative responsibility for the content of the sender member / members are belong.
Related News