Lucky for Europe? This is how Truss' crash saved Italy from collapsing

We're going to be like Italy or Greece, some Britons are scoffing on Twitter at the moment about the situation in their country after the quick demise of the Truss government. 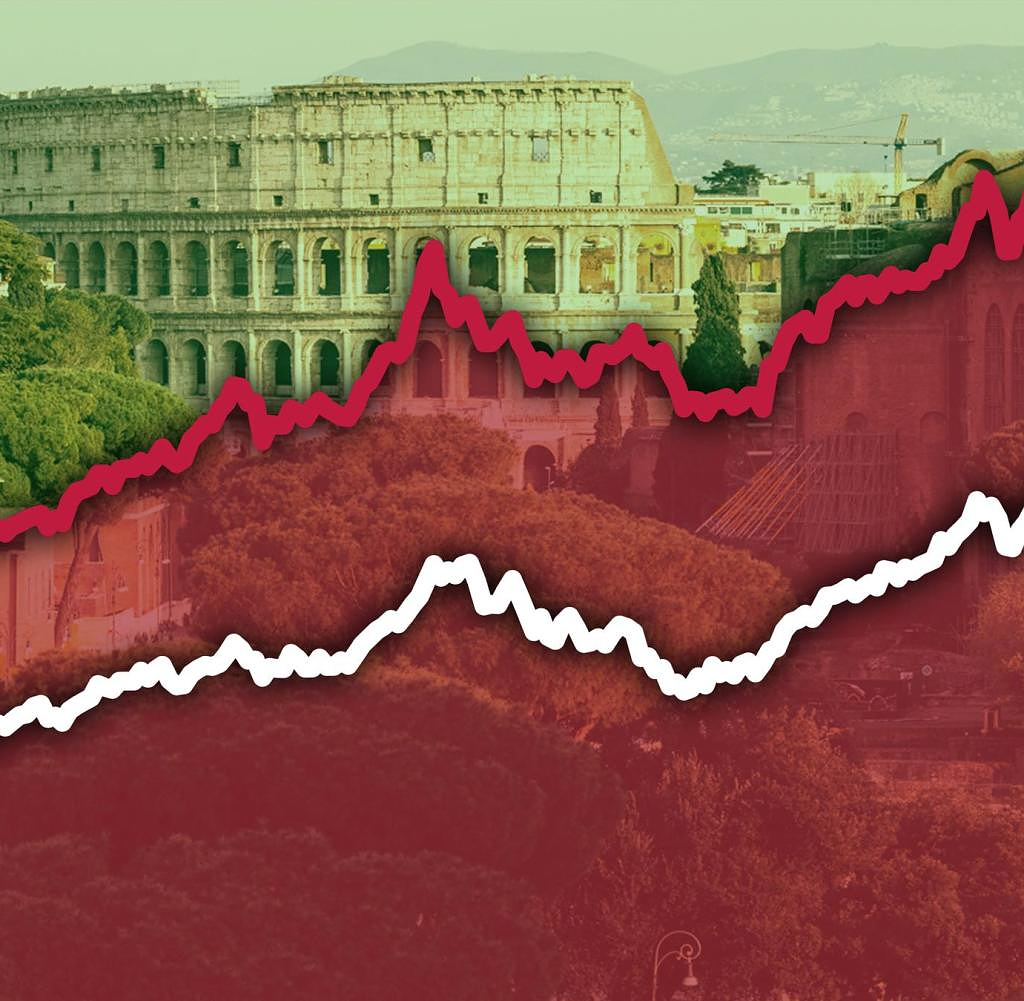 We're going to be like Italy or Greece, some Britons are scoffing on Twitter at the moment about the situation in their country after the quick demise of the Truss government. "But there is one crucial difference: Italy and Greece have good food, we have beans on toast."

At least Italy and Great Britain now have something in common: In both countries, a new government is being worked on. And especially in Rome, those involved are looking closely at what happened in London. Because in Italy there has so far been a risk that the future government under the likely future Prime Minister Giorgia Meloni will take a similar course to Liz Truss. But this danger could now be averted, and all of Europe will benefit from this.

"If Meloni wants to know how to get rid of his post after 45 days, she only has to look to Great Britain," says Holger Schmieding, chief economist at Berenberg Bank. Because Liz Truss ultimately fell over the turmoil in the financial markets.

There, interest rates on British government bonds had skyrocketed, which in turn shook pension funds and ultimately the entire British financial system. This was triggered by the government's plans to drastically reduce taxes, especially for the wealthy, and to finance this with debt. This caused investors' confidence in the British state to crumble.

"The events in London therefore have a collateral benefit," says Schmieding. "They show that political mistakes are punished." Because the big investors on the capital markets are once again looking very closely at the spending policies of the states in these weeks. In the current situation in particular, they think one thing is completely wrong: continue to fuel the rise in prices with massive spending programs financed on credit.

This does not mean that the states should refrain from any financial aid for citizens and companies in the crisis. However, what is decisive are long-term programs that are fully financed and leave no doubt that the state can continue to reliably meet its obligations in the future, said Christian Sewing, head of Deutsche Bank, at the International Monetary Fund conference in Washington a few days ago.

As a positive example, he cites Germany, which has the debt brake. "Holding on to the debt brake is an extremely important signal for the capital markets," he said. She stands for reliability.

Investors also want to see this reliability in Italy, and if they got a different impression of the new Italian government, that would have immediate consequences. "If Meloni behaved similarly to Truss, an Italian financial crisis would be there immediately," warns Schmieding.

Although the ECB could intervene if Italian interest rates explode, it has created the so-called "Transmission Protection Instrument" for this purpose. As part of this, she could then buy Italian government bonds and thus lower interest rates.

However, the ECB would have to decide on the use of the instrument on a case-by-case basis, and this should only happen in the case of “unjustified” upheavals. However, even the most good-natured central bankers should not see distortions that are based on the wrong financial policy as unjustified.

The ugly role model of Liz Truss could therefore mean that Giorgia Meloni avoids expanding public financing on credit, which many previously feared, and is much more likely to pursue a conservative, sustainable financial policy, as Prime Minister Mario Draghi has done. This is also supported by the fact that Meloni is said to have called Draghi several times in the past few weeks to get advice from him.

If the new government in Rome commits itself to a sustainable financial policy, then the future for Italy does not look bad at all. Because interest rates on Italian government bonds have risen significantly recently - this was often cited as a reason why the ECB could not raise interest rates at all.

But now it is clear that the interest burden for the Italian household will increase as a result, but only very slowly.

It is currently around 3.5 percent of gross domestic product. According to forecasts, it is likely to increase to around five percent by 2027. In the 1990s, however, it was more than ten percent.

One reason for the slow increase is that interest rates are rising very quickly, but the Italian state has very long-term financing. Only a small part of the debt has to be refinanced each year, so it takes a long time for the new interest rate level to fully take hold. On the other hand, of course, inflation alleviates the debt burden.

"In addition, the Italian economy has been doing better than the German economy for some time," says Schmieding. In fact, Italy's GDP grew 1.1 percent in the second quarter, while Germany only grew 0.1 percent. The situation was similar in most other quarters over the past three years.

One reason might be that the country benefited from the revival of tourism. However, Draghi's reforms may have already helped, or at least improved the mood in the economy. It is important that the reforms continue under the new government, says Schmieding, but he certainly sees opportunities for this.

"I'm quite optimistic that there won't be a financial crisis in Italy," he says. Because Meloni should have learned from Truss. At least at this point, Europe would be spared a new crisis.

"Everything on shares" is the daily stock exchange shot from the WELT business editorial team. Every morning from 7 a.m. with our financial journalists. For stock market experts and beginners. Subscribe to the podcast on Spotify, Apple Podcast, Amazon Music and Deezer. Or directly perRSS feed.

‹ ›
Keywords:
SeibelKarstenStockerFrankItalienGroßbritannienTrussLizMeloniGiorgiaGriechenlandTwitterLondonRomBerenberg BankPolitikEuropaApple PodcastAmazon MusicKrise
Your comment has been forwarded to the administrator for approval.×
Warning! Will constitute a criminal offense, illegal, threatening, offensive, insulting and swearing, derogatory, defamatory, vulgar, pornographic, indecent, personality rights, damaging or similar nature in the nature of all kinds of financial content, legal, criminal and administrative responsibility for the content of the sender member / members are belong.
Related News