Luc Montagnier, a French researcher who discovered the HIV virus in 2008 and later made false claims about it, has passed away at the age of 89, according to officials from France's local government. 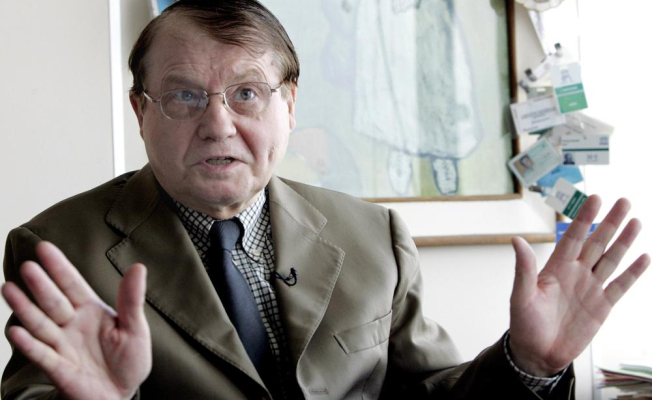 Montagnier, who was a resident of Neuilly-surSeine in the western suburb of Paris, died Tuesday. Other details are not available.

Montagnier was a virologist and led the 1983 team that identified the human immunodeficiency viruses (HIV), which causes AIDS. He shared the 2008 Nobel Prize in Medicine with Francoise Barres-Sinoussi.

Thursday's written tribute by French President Emmanuel Macron to Montagnier's "major contributions" to fighting AIDS was a heartfelt one. He also expressed condolences for his family.

His biography on the Nobel Prize Website reveals that Montagnier studied medicine at Poitiers as well as Paris. Montagnier stated that he was inspired by recent scientific discoveries made in 1957 to become a molecular biologist.

In 1960, he joined the National Centre for Scientific Research and was promoted to head the Pasteur Institute's virology section in 1972.

Montagnier stated in his autobiography that his involvement in AIDS started in 1982 when information circulated that a transmissible virus or agent was at the root of the disease.

He and Barresinoussi, a member of the Pasteur Institute's 1983 working group, discovered the virus later to be known as HIV. They were able to explain its causes.

Robert Gallo, an American scientist, claimed that he had found the virus almost simultaneously. This led to a dispute over who gets the credit. In 1987, the United States and France settled a disagreement over the patent for an AIDS-testing device. Later, Montagnier was credited with the discovery of the virus and Gallo with the creation of the first test.

Montagnier began to express views without a scientific foundation after the end of 2000. Many scientists around the world shunned his views.

Montagnier was one of many people behind misinformation about the origins and spread of COVID-19 around the world.

In a 2020 interview, Montagnier claimed that the coronavirus was not a natural product and had been manipulated. Experts who have examined the genome sequence of this virus have found that Montagnier's claim is incorrect.

He claimed last year in a French documentary, that COVID-19 vaccines had led to the creation coronavirus variants.

The Associated Press spoke to experts who explained that variants across the globe were discovered long before vaccines were widely accessible. The evidence indicates that new variants developed from long-term viral infections in the population, not vaccines which are intended to prevent such infections.

Montagnier gave a speech earlier this year at a Milan protest against vaccine certificates.

Montagnier was emeritus Professor at the Pasteur Institute, and emeritus Research Director at the CNRS. He was awarded multiple awards, including France’s highest decoration, The Legion of Honor.