“Lower transmissibility of the virus by children than by adults”

Entire school communities argued, families were divided, there were wild debates on the internet anyway - and now a UKE study presented on Wednesday shows how great the influence of children on the pandemic was from a scientific point of view. 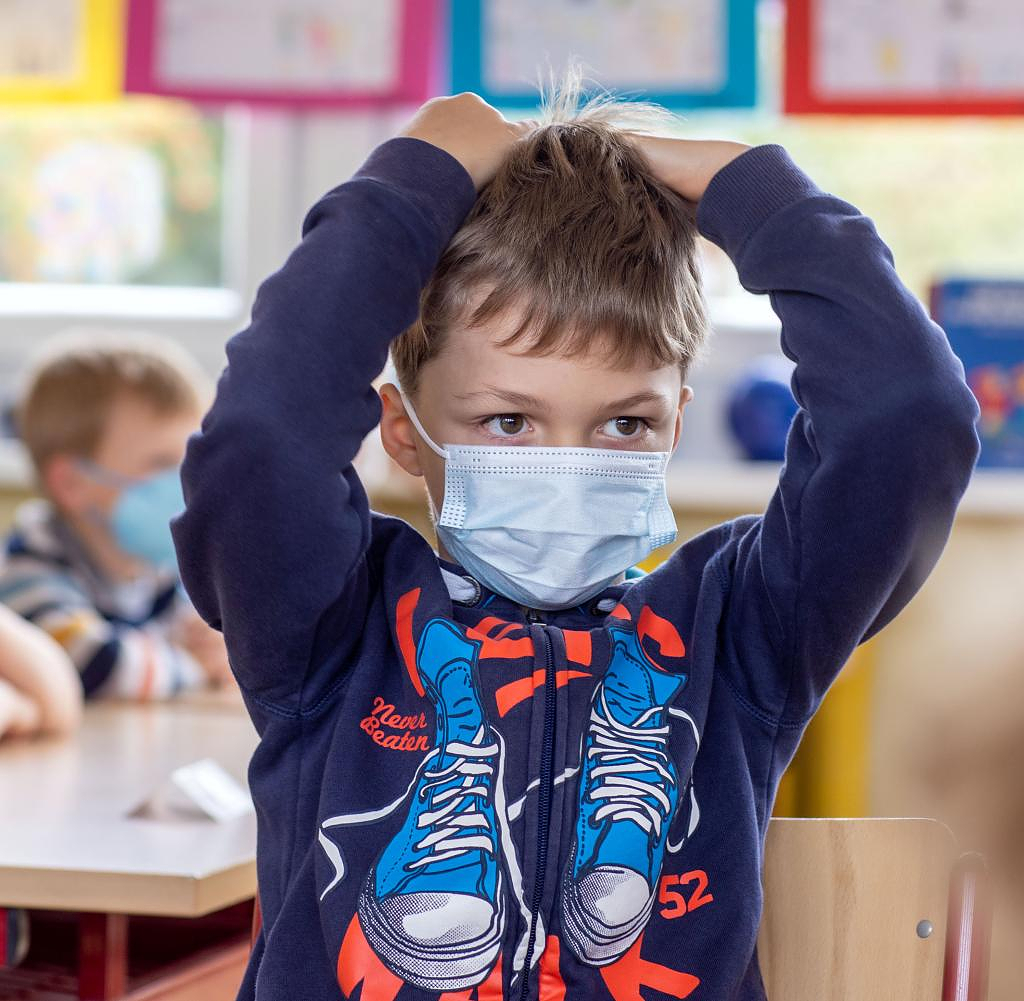 Entire school communities argued, families were divided, there were wild debates on the internet anyway - and now a UKE study presented on Wednesday shows how great the influence of children on the pandemic was from a scientific point of view. Or rather: how small. The study started immediately after the first Hamburg lockdown in spring 2020. According to the UKE, only one child in the entire cohort had an acute SARS-CoV-2 infection at that time.

Antibodies against SARS-CoV-2 were detected in 67 children, which corresponds to 1.44 percent of the total group examined. The proportion of positive children was lowest in the youngest age group and increased with each year of life. The UKE conclusion is: "This result shows a low rate of infection during the first wave of the pandemic."

And that also applied to risk groups during this phase. 29 percent of the children examined in the so-called C19.CHILD study had chronic diseases, but the occurrence of antibodies was no higher in them than in the group of healthy children. Also in the 16 positive children with a chronic disease no particularly severe course of the disease was reported. “These children took part in a follow-up study with all contact persons living in the same household. All family members were tested for an acute or past corona infection (antibodies). The analysis showed that in families in which the child was the first infected person in the household ("index person"), fewer family members developed antibodies than in families with adult index persons," according to the UKE. The researchers come to the conclusion: "This observation indicates a lower transmissibility of the virus by children than by adults."

In 2020, these families took part in a total of three further appointments over six months, in each case the antibody level in the blood was examined over a long period of time. The result: on average, children developed a higher antibody concentration against the spike protein of SARS-CoV-2 than adult contact persons. “The difference to the adults decreased over time, but persisted six months after inclusion in the study. A second infection was not observed in any of the study participants by the end of 2020," say the scientists. They also found that children are very well able to "react to the natural infection by SARS-CoV-2 with a clear antibody response."

The results were assessed as “another large piece of the puzzle for the overall view of the corona pandemic. It takes a look at healthy and chronically ill children from all over Hamburg and thus provides us with a comprehensive database. Our in-depth analyzes show that children with chronic diseases do not have an increased risk of infection and react to an infection with a good immune response," said Professor Dr. Ania C. Muntau, Director of the Clinic and Polyclinic for Pediatric and Adolescent Medicine.

‹ ›
Keywords:
TexttospeechCoronavirusUKEKinderPandemienLauterbachJörnGesundheitHamburg
Your comment has been forwarded to the administrator for approval.×
Warning! Will constitute a criminal offense, illegal, threatening, offensive, insulting and swearing, derogatory, defamatory, vulgar, pornographic, indecent, personality rights, damaging or similar nature in the nature of all kinds of financial content, legal, criminal and administrative responsibility for the content of the sender member / members are belong.
Related News