Low water could help with rubbish collection on river banks

Thousands of volunteers want to get to grips with plastic waste in the Rhine, Ruhr, Lippe, Emscher, Düssel and Moselle. 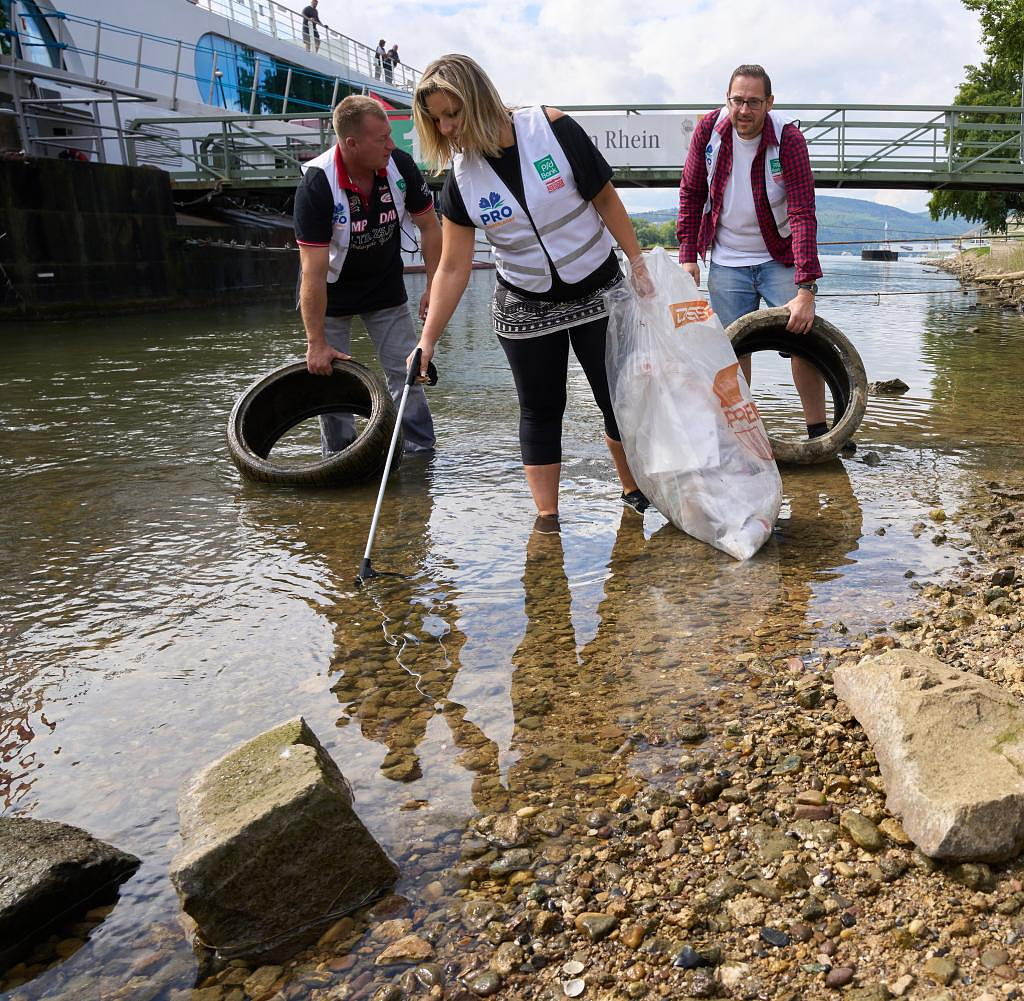 Thousands of volunteers want to get to grips with plastic waste in the Rhine, Ruhr, Lippe, Emscher, Düssel and Moselle. Around 40,000 individuals and 500 groups are expected, said co-initiator Jochen Umbach a few days before the planned project on Saturday, September 10th. He spoke of the "largest garbage collection campaign in Central Europe". The low water level in many places after weeks with little or no rainfall could prove helpful for the "Rhine Clean Up".

"The low water can be an advantage because we can get to areas that have not been seen for ten years because they were covered with water," Umbach said when asked by the dpa. It could well be that the helpers then come across larger objects. "It cannot be ruled out that we will also find unpleasant things, for example ammunition from the Second World War." The volunteers were instructed to exercise caution and to inform the authorities if there were any suspicions.

In general, plastic waste should be seen as the main problem, emphasized Umbach. Year after year, the world's oceans are polluted with more than eight million tons of garbage - mainly plastic. Around 70 percent of the waste that enters the North Sea from the Rhine is plastic waste.

The organizer also pointed out a significant increase in packaging waste. "This is probably related to online trade, which has increased during the pandemic and is leading to more packaging waste." According to his observation, paper containers are overflowing in many places. "Unfortunately, we often find the rubbish on the banks."

In previous years, the organizers had started a main campaign on the second Saturday in September. However, many of the groups involved also collected locally regularly and several times a month. According to Umbach, a good 320 tons of garbage were collected during the main campaign in 2021.

‹ ›
Keywords:
NordrheinWestfalenUmweltFlüsseUmweltverschmutzungMüllDürrePegelständeNiedrigwasserRhine Clean UpMüllsammelaktionMitteleuropaNRWJochen UmbachDüsselEmscherRüdesheimMoselFlussufernRheinSmartphone
Your comment has been forwarded to the administrator for approval.×
Warning! Will constitute a criminal offense, illegal, threatening, offensive, insulting and swearing, derogatory, defamatory, vulgar, pornographic, indecent, personality rights, damaging or similar nature in the nature of all kinds of financial content, legal, criminal and administrative responsibility for the content of the sender member / members are belong.
Related News