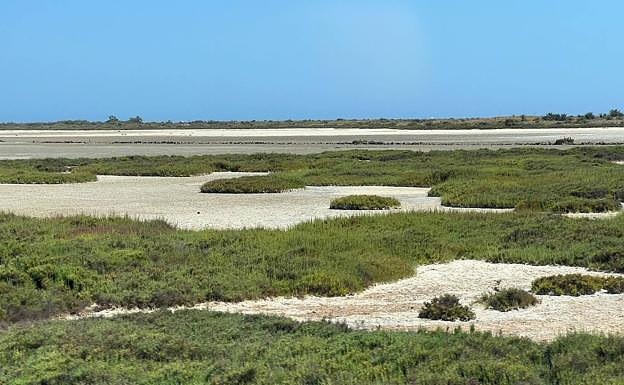 Hundreds of Almerian residents still have concerns about the Cabo de Gata salt flats. Internet users have claimed that the Cabo de Gata Salt Flats are "dying up". They also posted messages on Facebook and Twitter warning of the dire state of this tourist area in Almeria. The Mediterranean Ecologist Group (GEM), regrets that alarms have not been activated to address the serious problem in Cabo de Gata Salt Flats. This is a tourist enclave in Almeria that is renowned for its iconic location. According to the environmental group, the problem was discovered "more than three months ago" when heavy rains caused a collapse in the seawater collection system that supplies Las Salinas.

The Mediterranean Ecologist Group warns that "obviously it is an environment problem of immense magnitude" as there are many aquatic birds such as flamingos who are often found in this area in Cabo de Gata–Nijar Natural Park and have moved on to other areas. The group stresses that the lack of water also disfigures this space and prevents birds from eating, as the seawater supplies them with microplankton and small invertebrates, which are their main source of livelihood.

They don't understand that the repair of the channel (including the propulsion motors) has been done with little rigor or sensitivity. They show the discontent among the residents of Las Salinas, who continue to make the situation worse due to the increasing drying of the Almeria ponds.

They regret that Almeria is experiencing "this situation" and that birds are migrating to foreign wetlands or Spanish ponds. They demand that "urgent action be taken by the responsible administrations and companies, we ask that there not be any further delays, and that repairs be made before it is too late." They express their concern about the state Las Salinas de Cabo de Gata and say that they are not meant to be a repository for huge ornithological riches. Instead, they see them as a showcase which allows them to display the beauty of Almeria and its dedication to the natural environment. They also admit that it is the best representation of the province overseas. The September Vuelta Ciclista a Espana, which will take place in September, has its stage finish in Las Salinas. The environmental group laments that millions will tune in to see this place and instead of the flamingos and herons and curlews and egrets, they'll see the Vuelta Ciclista go through a desolate, lifeless place.

They have not yet manifested from Union Salinera. Grupo Ecologista Medereo also points out that Las Salinas, "one of the most popular attractions in the province to draw tourism, because it is sold every year by thousands of people, where celebrities enjoy it or promote"

They are asking the group if they are prepared to "give up all this because negligent or careless actions on the part of local provincial or national administrations", as well as "not act nor despise" their environment by Union Salinera. GEM states that "We are and will face anything but immediately recovering that environment and that privilege that Almeria has enjoyed for centuries."

Antonio Martinez Rodriguez, senator of the PSOE. / r. Yo.

Antonio Martinez Rodriguez, senator and Secretary of Organization of PSOE of Almeria describes the drying out of Las Salinas de Cabo de Gata's natural park as "unprecedented" and urges Moreno Bonilla and his staff to immediately take action. He also recalls that the situation is a "new blow to Cabo de Gata-Nijar's natural park after the recent authorization for the Hotel de Genoveses by the Executive of Popular Party. "It is yet another example of mismanagement and obscurantism by the Government of Moreno Bonilla when it comes to environmental issues that only seem to interest them at time of photo or when they launch empty slogans."

‹ ›
Keywords:
CanalAccesoSalinasRompeProvocaFugaFlamencosAves
Your comment has been forwarded to the administrator for approval.×
Warning! Will constitute a criminal offense, illegal, threatening, offensive, insulting and swearing, derogatory, defamatory, vulgar, pornographic, indecent, personality rights, damaging or similar nature in the nature of all kinds of financial content, legal, criminal and administrative responsibility for the content of the sender member / members are belong.
Related News