LOSS by the minimum Girator 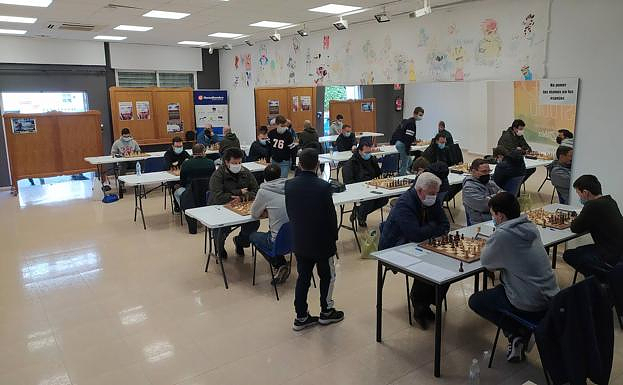 Zubian's triple defeat in the First Andalusian Chess Tournament. Girator.net lost to the Roquetas A by the minimum in a close match that ended in the final. It is notable that the young Angel Serrano won against Nedelea, Romania, and Reinaldo Peinado took the table. They will be visiting Roquetas B next Sunday.

Gasoalhambra lost again by 1-3 against Vicente Bonil de Albox. Professor Julio Ferrer won the gas point. Next week, they will receive the Ciudad de Guadix in their home.

Aumentur went to Motril, where he lost by the minimum to the Silver Horse. Rafael Ruiz, Jose Manuel Lopez and Francisco Miguel Garcia were the winners.

aiMPULSA Granada won its first victory in the Honor Division against Cruz Roja Linares, 2.5 - 1.5. Ruben Domingo and Alejandro Domingo were ranked on the first boards. Luis Cabrera was the one who certified the victory. Alejandro Serrano was the one to blame for the Zubian defeat. He fell ill after nearly four hours of play and decided to sell his victory. Next week, they will be facing the dangerous Casabermeja.

‹ ›
Keywords:
DerrotaMinimaGirator
Your comment has been forwarded to the administrator for approval.×
Warning! Will constitute a criminal offense, illegal, threatening, offensive, insulting and swearing, derogatory, defamatory, vulgar, pornographic, indecent, personality rights, damaging or similar nature in the nature of all kinds of financial content, legal, criminal and administrative responsibility for the content of the sender member / members are belong.
Related News