Other platforms exist, but Twitter "is clearly very influential in allowing the media and leaders to pay attention to what is happening in the world. 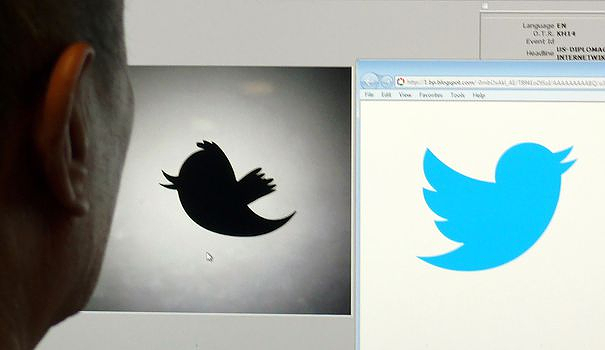 Other platforms exist, but Twitter "is clearly very influential in allowing the media and leaders to pay attention to what is happening in the world. In that sense, it is a unique and very special platform", says to l AFP Mahsa Alimardani, researcher for the freedom of expression organization Article 19.

In Iran currently, it is, according to her, "the only real access to voices and events, in the absence of foreign correspondents and independent journalists who can report on what is happening".

In recent days, it is still - among others - by Twitter that images of a demonstration in China, in the largest iPhone factory in the world, have been broadcast.

And in the past, the social network has served as a sounding board and relay of global mobilization for multiple popular uprisings: the Arab Spring, pro-democracy movement in Hong Kong, civil war in Syria, protest in Iran, etc., often showing the raw reality of the repressions implemented by the authoritarian regimes of the planet.

“Twitter has kept records of so many different movements and events. There are so many activists who have turned to Twitter over the years. Losing all those records would be a great loss, as it is a trace for history", worries Ms. Alimardani.

- Giving an identity to the protests -

A sort of global public square where true and false information, testimonials and other stories of greater or lesser importance are shared in plain sight, Twitter had some 237 million daily users at the end of June, significantly less than Facebook (1, 98 billion), TikTok (more than a billion) or Snapchat (363 million).

The social network, whose messages cannot exceed 140 characters, has nevertheless become an essential place for many media, companies and celebrities who are sometimes content with this single channel to communicate.

It has also been used extensively by activists and political opponents around the world to draw national and international attention to various causes. Twitter has notably played a key role in promoting social phenomena such as

"The functionalities of Twitter make it possible to give an identity to protest movements, to create a common feeling by sharing memes, hashtags. And this identity can go beyond borders, to spread very quickly in foreign media and attract global attention, which is something that bothers oppressive leaders," Marcus Michaelsen, an independent researcher specializing in online activism and surveillance, told AFP.

In addition, activists can easily reach "journalists or political leaders, more directly than on other networks like Instagram for example", adds Mr. Michaelsen.

- Memory of the uprisings -

In Egypt, during the Arab Spring in early 2011, "Twitter was mainly used by educated Egyptians, who did not represent the majority of people who were on the streets and who made the revolution a reality", underlines with AFP Nadia Idle, British-Egyptian activist present in the dispute of Tahrir Square, epicenter of the revolution which led to the fall of President Hosni Mubarak.

"But that doesn't mean Twitter wasn't important," said the activist, who also co-authored the 2011 book "Tweets from Tahrir".

"Twitter has established itself as a place to report on events. (...) Many tweeters have considered themselves citizen journalists and have made it their mission to report the facts with generally precise bits of information and a streams of videos and images,” write Mr. Idle and his co-author Alex Nunns in the foreword to this book.

Since its takeover by the whimsical billionaire Elon Musk, the blue bird network has however been deeply destabilized and is even threatened with extinction, to the chagrin of many users who have sometimes taken years to build an audience.

"It's hard to describe the value that Twitter has acquired over the past ten years. (...) It goes without saying that as Elon Musk leads Twitter to its own destruction, the only people to rejoice are the worst dictatorships and war criminals of the world. For the first time in fifteen years, they will be safe from the most powerful real-time global surveillance tool in the world", tweeted last week Charles Lister, researcher at the center of reflection Middle East Institute, in Washington.