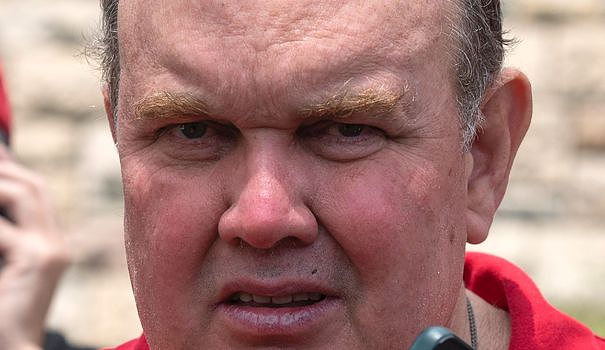 Mr. Lopez Aliaga came out on top with 23.50% of the vote, against 22.62% for his center-right rival and retired general Daniel Urresti, who had already admitted defeat a few days after the vote.

Rafael Lopez Aliaga, 61, is a fierce opponent of left-wing Peruvian President Pedro Castillo, who has constantly called for his resignation, deeming his management chaotic.

The position of mayor of Lima is one of the most coveted in Peruvian politics, because the media exposure it offers often makes it a springboard for the presidential election.

Mr. Lopez Aliaga has been nicknamed "Bolsonaro", named after the current far-right Brazilian president Jair Bolsonaro, since the campaign for the presidential election of 2021 where he was eliminated in the first round. He had then revealed to be part of Opus Dei, to have taken a vow of celibacy, to flog himself and to wear silica.

His followers affectionately call him "Porky" due to his supposed resemblance to the cartoon character of the same name. He himself often uses this nickname to introduce himself.

This entrepreneur who made his fortune in rail services will take office as mayor of Lima on January 1, 2023 for a four-year term. He promised an "investment shock" to get Lima, 10 million inhabitants, out of the economic slump in which the capital finds itself after the Covid-19 pandemic.