If you want to get on a plane during the autumn holidays, you will probably have to be patient at North Rhine-Westphalia's major airports. 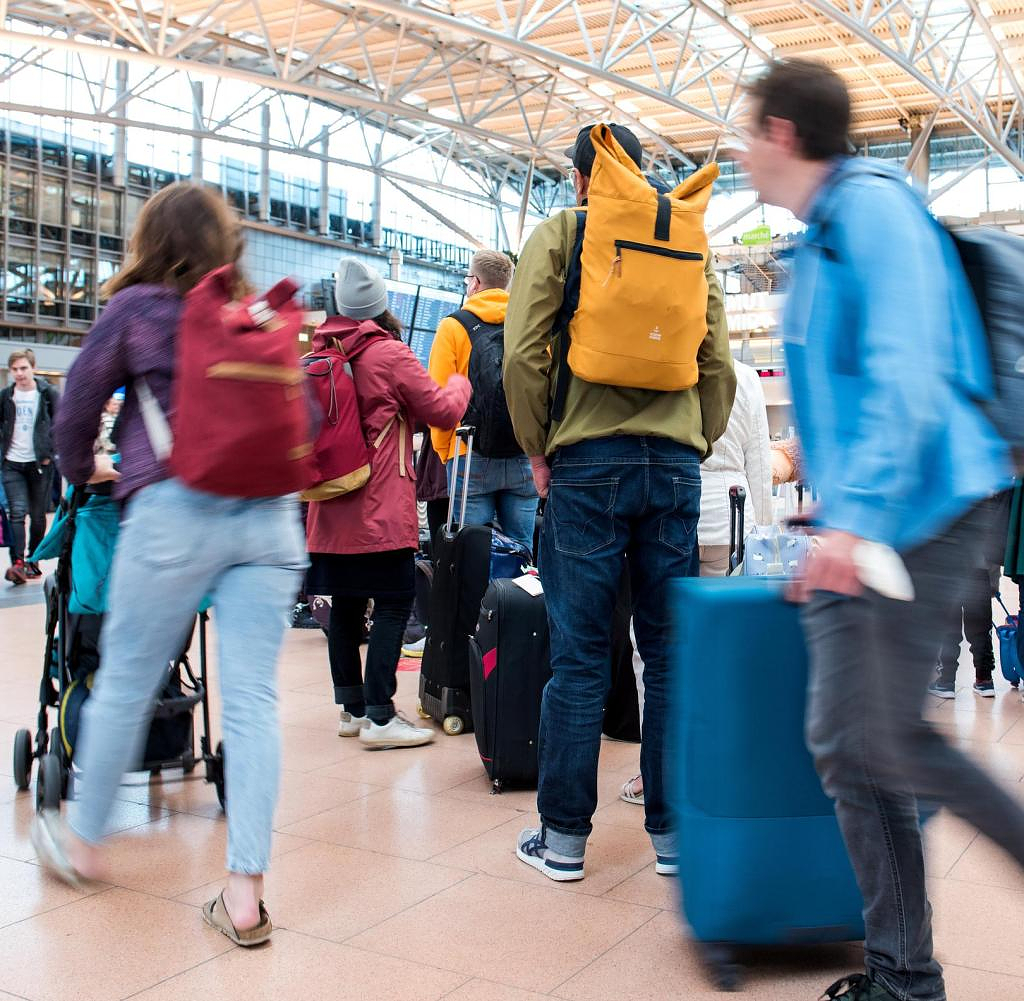 If you want to get on a plane during the autumn holidays, you will probably have to be patient at North Rhine-Westphalia's major airports. A spokesman for Cologne/Bonn Airport said there could be “longer waiting times” during peak times. The situation at the security checkpoint has "improved noticeably in the past few weeks, the waiting times have been significantly reduced". Düsseldorf Airport is also expecting delays and justifies this with “continuing staff shortages” at the service providers working on site. September 30th is the last day of school before the two-week vacation.

During the summer, many travelers had to wait in queues for several hours to check in and go through security. "The situation isn't quite as bad as it was in the summer, but it's still bad," said Verdi union secretary Özay Tarim. "We cannot give the all-clear." The tense personnel situation of the service providers has not improved significantly, there are still queues several hundred meters long. That is intolerable.

The trade unionist calls for a state security company to be set up and used at NRW airports. "The serious waiting time problem shows that private companies are not up to the challenges." A state-owned company could offer better working conditions and would therefore have an easier time finding employees. Securitas and DSW only offer part-time contracts for recruitment, says Tarim. This is a serious mistake and one reason for the staff shortage.

NRW should follow the example of Bavaria, where a state-owned company is responsible for security checks at Munich Airport. "Munich was in a much better position this summer than Düsseldorf and Cologne/Bonn airports," said the trade unionist.

The Piepenbrock subsidiary DSW is in action at the airport in the state capital of North Rhine-Westphalia. A company spokeswoman declined to comment on the current situation. In Cologne/Bonn, Securitas is responsible for the security gates. A company spokesman said that the number of employees had increased since the summer holidays and that they were "much better positioned". In addition, we continue to recruit intensively. According to the Securitas spokesman, the post-pandemic situation in the aviation industry remains very difficult. Therefore, waiting times can still be expected at all airports during peak times “and passengers should bring a little more time and patience”.

The private service providers work on behalf of the Federal Police. Federal police spokesman Jens Flören reported that Securitas in Cologne/Bonn was able to recruit around 60 aviation security assistants as additional staff, while DSW in Düsseldorf had around 140. In addition, there were extra staff from the administration for the holidays. In addition, the federal police have trained 100 of their own forces who could provide support if necessary. However, that would only be conceivable in justified exceptions, as a "last resort".

"Now there is at least more staff available than in the summer," said Floren. "It remains to be seen whether that will be enough." Overall, there are "continued major recruitment challenges for service providers". These companies are urgently required to meet their contractual obligations and to ensure that the locks run smoothly.

With a view to the autumn holidays starting in a week, the federal police spokesman said: "We are cautiously optimistic that the queues will not be too long." He recommends that passengers be at the security checks two hours before departure.

Not only were the waiting times very long at the security checkpoints in summer, but also at the airline check-in the crowds were sometimes large. Flight connections canceled at short notice also got passengers into trouble. This was also due to staff shortages. A Eurowings spokeswoman said that such times are over. With a view to the check-ins and security locks, she sees “a progressive normalization of the processes”. She is optimistic about the autumn holidays, especially since the traffic peaks of the summer will not be reached.

In the summer, the aviation industry had pushed for being able to hire temporary workers from Turkey on easier terms, for example for baggage services. The federal government supported the project. Nothing has changed in this regard in Düsseldorf and Cologne/Bonn. "Not a single one came to NRW," said Özay Tarim from Verdi.

‹ ›
Keywords:
TexttospeechFlughäfenNordrheinWestfalenSicherheitskontrollenSecuritaÖzay TarimAutoBonnMünchner AirportDSW (Deutsche Schutzvereinigung Für Wertpapierbesitz)DüsseldorfKölnNRWTürkei
Your comment has been forwarded to the administrator for approval.×
Warning! Will constitute a criminal offense, illegal, threatening, offensive, insulting and swearing, derogatory, defamatory, vulgar, pornographic, indecent, personality rights, damaging or similar nature in the nature of all kinds of financial content, legal, criminal and administrative responsibility for the content of the sender member / members are belong.
Related News