Loli Canavate was elected mayor of Armilla thanks to the support of her party. 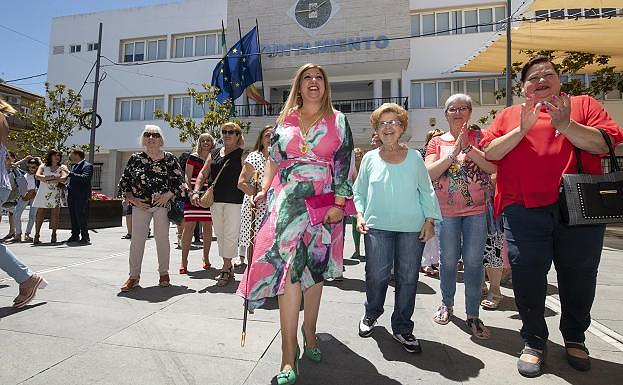 Loli Canavate was elected mayor of Armilla thanks to the support of her party. She was the most popular candidate with ten councilors at the May 26 municipal elections. Ten councilmen from the PSOE are elected to form the municipal corporation.

The mayor stated that the Socialist Party was able to form the Municipal Government with sufficient legitimacy and responsibility thanks to the support of the armilleros, the armilleras, and being fully aware of their need for dialogue, consensus, and meeting with other political groups. This is an objective to which I will devote my perseverance, generosity, and hard work.

"Let's not forget that all of you who are here, irrespective of your party affiliation, have been elected by the citizens to represent this municipality wherever it is required. They will demand that we do what they expect of public representatives. Loli Canavate continued, "I ask the other political groups to collaborate and institution loyalty, and offer dialogue, transparency, and generosity to achieve agreements that benefit Armilla."

She also pointed out that she was "the first woman to hold the office of mayor in Armilla", and that it is important to examine gender equality policies. Canavate promised that she would continue to support the transversality and equality in the political life of Armilla. A plenary session with 38% women will ensure equal opportunities and rights for all citizens.

The mayor has set four main axes for her work over the next four years: improvement of employment and the neighborhood by providing the services and infrastructures they require, improvement of the environmental and promotion of social services as well as new infrastructures such as Residence for the Elderly, the Health Center, or the second nursery school.

After the City Council secretary had read the electoral regulations, the plenary session began. The Age Table was next established, headed by Francisca Hernandez Cuesta, PSOE, who promised her position as councilor along with Gustavo de Castro (VOX), and swearing or promising her position alphabetically to the rest of councilors.

‹ ›
Keywords:
LoliCanavateAlcaldesaArmillaPideLealtadRestoGrupos
Your comment has been forwarded to the administrator for approval.×
Warning! Will constitute a criminal offense, illegal, threatening, offensive, insulting and swearing, derogatory, defamatory, vulgar, pornographic, indecent, personality rights, damaging or similar nature in the nature of all kinds of financial content, legal, criminal and administrative responsibility for the content of the sender member / members are belong.
Related News