“The accusation of recovery is an accusation that is used systematically by the government to stifle the legitimate questions that opposition to a government must ask”, declared Marine Le Pen on Europe 1. 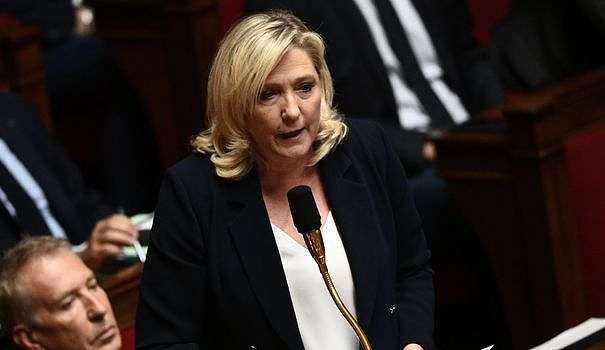 “The accusation of recovery is an accusation that is used systematically by the government to stifle the legitimate questions that opposition to a government must ask”, declared Marine Le Pen on Europe 1.

For her, "the government does not understand the emotion that has been created by the terrifying assassination of this little girl and the indignation, the anger, which is that of part of the population in the face of these recurring acts".

The leader of the RN group justified the organization of a minute of silence in front of the National Assembly at 6:30 p.m. "with all the parliamentarians of the National Rally" because a planned white march was canceled "at the request of the family" of Lola and because "the apolitical demonstration in which we had to participate ended up moving away from the nature of the tribute that we wanted to pay".

This gathering is organized at 6:30 p.m. place Denfert Rochereau in Paris by "the Institute for Justice", a reputable association close to Eric Zemmour.

The Lola affair "goes beyond her parents, all of France is concerned" because "there have been countless crimes committed by illegal aliens", explained the president of Reconquête on BFMTV.

He acknowledged that his party would not have organized "the same demonstration" if the crime had been committed by a Frenchman. "It's a Francocide, it's a crime committed against a Frenchman by a foreigner. It's not the individual crime that counts, it's the mass," he explained.

For his part, LR deputy Eric Ciotti indicated on RTL that he would not participate in the rallies because "we must respect the mourning" of Lola's family. "I will not participate in any form of recovery" and the gathering to which Eric Zemmour calls "seems to me inappropriate", added the candidate for the presidency of LR.