Less than a month after her arrival in Downing Street, the new head of government, more unpopular than ever, said on the BBC set from Birmingham, where the Conservative Party's annual congress begins, that her "mini-budget" presented on September 23 was "the right decision". 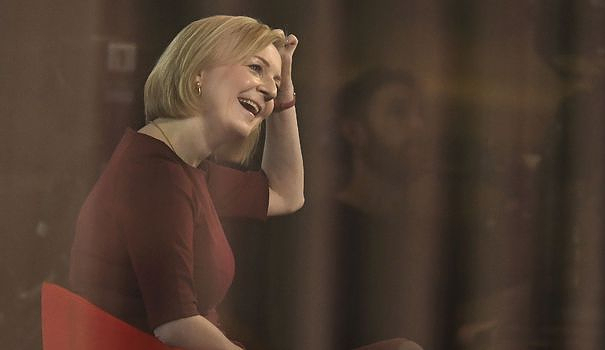 Less than a month after her arrival in Downing Street, the new head of government, more unpopular than ever, said on the BBC set from Birmingham, where the Conservative Party's annual congress begins, that her "mini-budget" presented on September 23 was "the right decision".

"I still stick to the plan we announced and I maintain that we announced it quickly because we had to act, but I recognize that we should have prepared the ground better," she said.

Finance Minister Kwasi Kwarteng last week announced a 'mini-budget' to tackle the cost of living crisis and near-single-digit inflation strangling Britons, but his aid-based announcements direct cuts for energy bills and massive tax cuts for the wealthy have sparked incomprehension in the financial markets, which fear an explosion of debt.

"I think it was the right decision to increase borrowing this winter," repeated Liz Truss after a chaotic week in which the pound hit an all-time low, triggering intervention from both the International Monetary Fund and of the Bank of England.

"Of course we are going to have to bring the debt down to a certain percentage of GDP in the medium term, and I have a plan for that. But what would have been a mistake would have been not to act," he said. - she said without giving more details on how she intended to go about it.

After barely three weeks in Downing Street, Liz Truss is more unpopular than ever with the British - 51% of them believe that she should resign according to a YouGov poll - but does not unite in her Conservative ranks either.

Some Tories are distressed by his budgetary policy and do not hesitate to say so as the party's annual congress begins on Sunday, in a gloomy atmosphere and in sparse ranks.

"At a time when people are suffering and worrying about their loans and the amount of their allowances, having as a main fiscal measure the reduction of taxes for the richest is to put forward bad values", affirmed Tory MP Michael Gove on the BBC.

"I don't think that's a good thing," he added on Sunday when asked if he would vote for the budget in parliament.

Liz Truss' appearance on the BBC on Sunday was the first before a national audience since the announcement of the mini-budget. She had made the rounds of local BBC stations on Thursday but her awkward silences had been commented on more than her vain attempts to defend her policy.

After these multiple disappointments, the Tories have collapsed in the polls, with the Labor opposition now having a 33-point lead according to a YouGov study published Thursday, unheard of since the 1990s and the era Tony Blair, former Labor Prime Minister .

"I will do what I can to win the hearts and the reason of my colleagues in the Conservative Party", wanted to reassure Liz Truss on Sunday. But in this gloomy and divided atmosphere, the great Tory mass is likely to take place with sparse ranks in Birmingham.

Neither Rishi Sunak - former rival of Ms. Truss in the race for Downing Street - nor former Prime Minister Boris Johnson should indeed make the trip.

After protests throughout the weekend over the cost of living crisis, Kwasi Kwarteng, also highly unpopular, will speak at the convention on Monday while Liz Truss will close the rally on Wednesday.

According to the British press, letters of defiance are already pouring in against the new leader, who is already regretting, in the eyes of a section of the party, Boris Johnson.

Others believe on the contrary that we must close ranks to avoid at all costs early legislative elections which would see the Conservative party collapse.

“We would cease to exist as a functional political party” if such elections were held, warned MP Charles Walker.