Less taxes, less state, more free trade: at 47, the one who had been the head of diplomacy in the United Kingdom for a year, imposed herself with a clear and seductive message for the base of the Conservative Party, these less than 200,000 members, especially old and white men, responsible for deciding between the finalists in the race to succeed Boris Johnson. 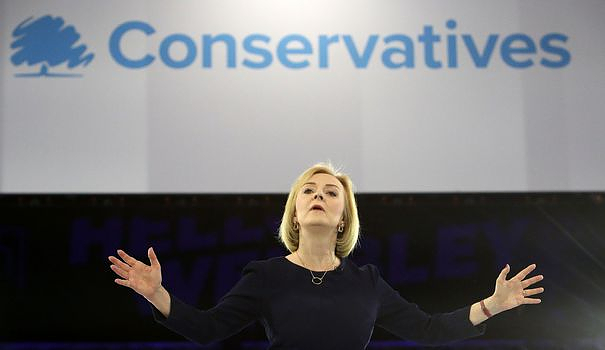 Less taxes, less state, more free trade: at 47, the one who had been the head of diplomacy in the United Kingdom for a year, imposed herself with a clear and seductive message for the base of the Conservative Party, these less than 200,000 members, especially old and white men, responsible for deciding between the finalists in the race to succeed Boris Johnson.

To his critics, his campaign seemed disconnected from the dramatic cost of living crisis hitting the British and his journey shows a lack of deep convictions. But his blunt speech and his political experience acquired in multiple ministerial posts enabled him to impose himself against the former finance minister Rishi Sunak, considered too technocratic.

“In a party that has evolved towards populism, she has been able to present herself in a more authentic, more ordinary way,” notes Tim Bale, professor at Queen Mary University. "She presents herself as almost outside the establishment, although she has been in government" since 2012.

She shares this paradox with Boris Johnson, from the British elite but long loved by the working classes, of whom she was careful not to speak ill during her campaign. His rival, on the contrary, suffered from his resignation from the government, which precipitated the change of Prime Minister.

She also shares with her predecessor her confidence in the face of criticism and ridicule, maintaining her promises of massive tax cuts despite the warnings of influential economists.

“We will end up with a new Johnson”, summarizes John Curtice, political scientist at the University of Strathclyde, who notes their “positivism”.

Before Downing Street, Mary Elizabeth Truss had a sometimes tortuous political career. She was born on July 26, 1975 into a very left-wing family, with a father who is a university professor of mathematics and a mother who is an activist for nuclear disarmament. As a child, she demonstrated against the ultra-liberal Margaret Thatcher, of whom she would become an admirer.

Her brother Francis told the BBC that as a family, she wanted to win Monopoly at all costs, even if it meant cheating.

As a student, she was active in the centrist Liberal-Democratic party. In a public intervention that has become famous, she then calls for the abolition of the monarchy, a far cry from her current conservatism.

"She was always outspoken, she always liked to kick in the stretchers," recalls Mark Littlewood, the director of the Institute of Economic Affairs who met her when she was studying politics and economics at Oxford. "At the university, we never doubted our positions, whatever the subject".

He sees constants in her journey: "She is instinctively in favor of tax cuts, is skeptical of regulations, thinks that the state has too much power and that men and women do not have enough. is an extremely attractive recipe for conservative adherents".

After joining the "Tories", to the chagrin of her family, she became an MP in 2010, for the constituency of South West Norfolk (east of England).

Since 2012, this blonde with bobbed hair, mother of two daughters, has chained positions in ministries (Education, Environment, Justice then Chief Secretary of the Treasury).

She has known defeats and setbacks: she almost lost the legislative nomination due to an extramarital affair and was demoted by Theresa May after a difficult passage in Justice.

She could also have paid for her vote against Brexit in 2016. But she became one of its staunchest defenders, negotiating and touting new free trade agreements at the Department for International Trade.

Appointed in September 2021 as head of British diplomacy - a way for Boris Johnson to control his ambitions - she is intransigent against the European Union on Northern Ireland and embodies with Boris Johnson the firmness against Russia after the invasion of Ukraine.

She feeds comparisons with Margaret Thatcher, ultrapopular in the majority, posing on the turret of a tank or wearing a characteristic blouse.

Sometimes considered stiff, she has appeared more relaxed in recent weeks, her allies describing her as a bon vivant who loves cheese and karaoke.

"Becoming Prime Minister will be an interesting test: how bold and radical will she be? Or will she be paralyzed by the machine?" asks Mark Littlewood.

"She will start from a position where the Conservatives are not well placed in the polls, she will have to gain the confidence of the civil service. It will be extremely difficult."