After heating, a reduction in hot water consumption? This is what the distribution network manager Enedis plans for some of its customers, after the publication of a decree in the official journal on September 27. 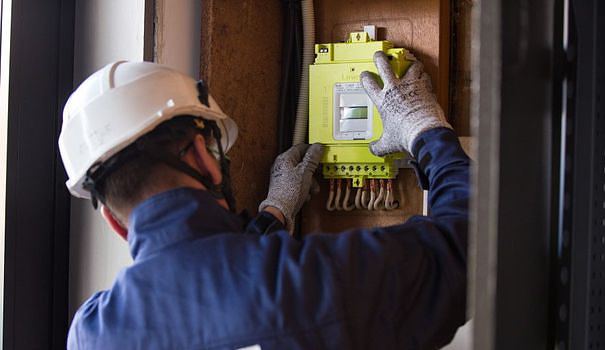 After heating, a reduction in hot water consumption? This is what the distribution network manager Enedis plans for some of its customers, after the publication of a decree in the official journal on September 27. Faced with the risk of blackouts this winter, the EDF subsidiary has decided to reduce the time slots for off-peak hours, where electricity is cheaper. "Its consequences should be limited" or even "go unnoticed", tempers the consumer defense association UFC-Que Choisir with Les Echos.

This concerns all households that have a Linky meter and that have a "peak hours/off-peak hours" subscription, in which the midday hours, the 12 p.m.-2 p.m. slot, are part of the off-peak hours. According to Enedis, this would affect nearly 4.3 million households. Are also concerned, small professionals and local authorities, having subscribed to the same subscription. "We have taken this temporary suspension measure in order to further limit the risk of power cuts in the event of excessive consumption peaks", explains RTE in a press release.

Nevertheless, it seems that these cuts should go completely unnoticed by the vast majority of customers since the cumulus is recharged mainly during the off-peak hours of the night, between 8 p.m. and 8 a.m.

The measure will apply from October 15 and until April 15 (or at the latest in mid-May, according to the decree), i.e. six months. RTE confirmed with UFC-Que Choisir that the deactivation of the cumulus clouds concerned would take place "systematically every day" between these two dates.

It is the off-peak time range between noon and 5 p.m. which will be shortened by two hours. The heating of the balloons will therefore take place rather at off-peak hours of the night, between 8 p.m. and 8 a.m. According to the manager's calculations, at 12:30 p.m., it could save up to 2.5 gigawatts (GW) of power, the equivalent of two nuclear reactors. At 1 p.m., it would still save 1 GW.

In concrete terms, Enedis will send a signal through the Linky meter that will delay the triggering of the water heater outside off-peak midday hours. This can only be done before 2 p.m. and the cut cannot "be longer than two hours", specifies Enedis.

The decree published in the official journal authorizes "managers of public electricity distribution networks" to "deactivate the closing of the controllable contact". In other words, the hot water tanks of the households concerned will no longer produce hot water in this time slot and will operate during off-peak hours of the night. While for other devices, such as the fridge or the television, there will be no change, explained Enedis.