Gas crisis or thick sweaters: at some point the heating will have to be turned on. 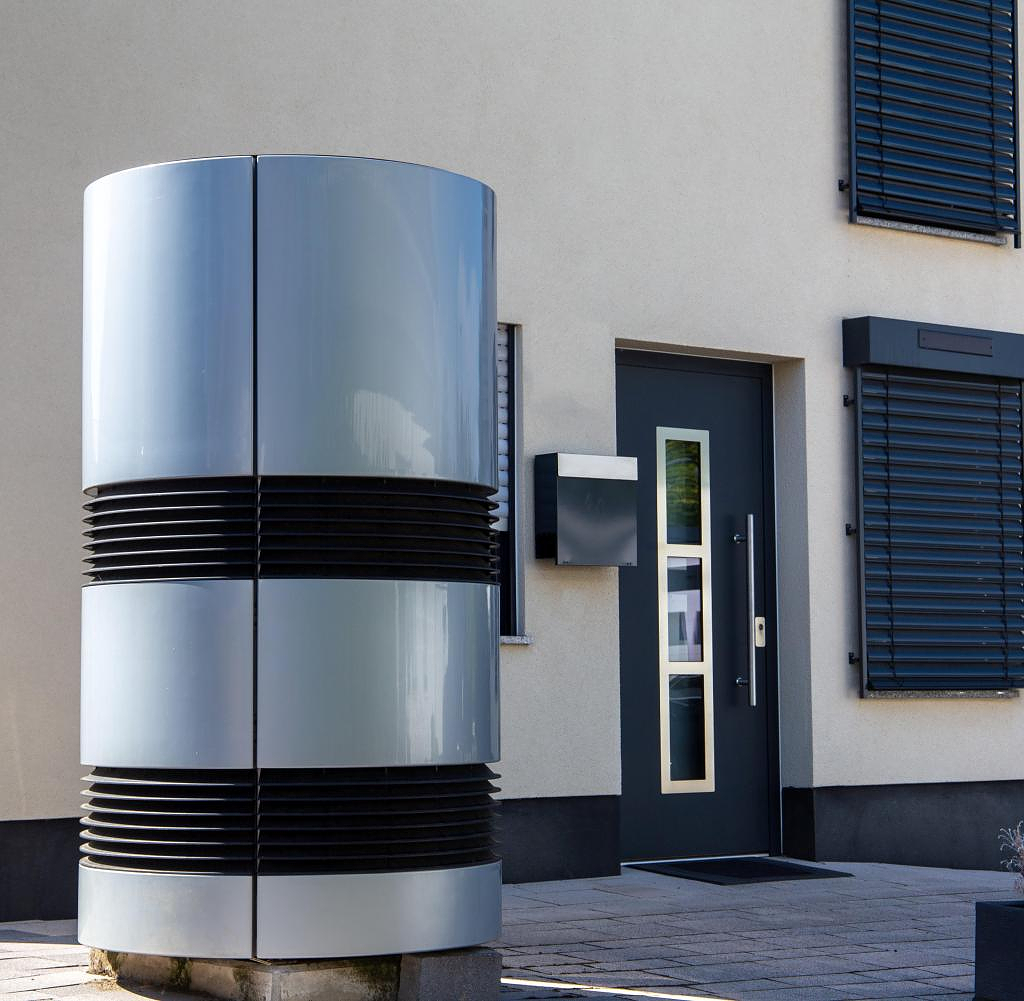 Gas crisis or thick sweaters: at some point the heating will have to be turned on. Most of these are fueled by oil or gas. Unless you have tried to find an alternative in good time, such as a heat pump.

In this case, taking care of it in good time means before Russia attacks Ukraine. Because since then the demand has increased immensely. A look at Google Trends shows how the frequency of the search term "heat pump" more than doubled within a week of the start of the war. Interest fell over the summer due to the high temperatures, with the first cold days the search volume skyrocketed again.

Heat pumps are considered the number one alternative to heating oil and gas, for new buildings, but also for existing properties. They can be installed relatively easily, the operating costs have so far been rather low (depending on the electricity price or on how much renewable energy can be generated by a solar system itself). Heat pumps produce no particulate matter and no environmentally harmful CO₂.

Because heat pumps work - explained in a very simplified way: air heat pumps, the most commonly installed type of heat pump, suck in outside air. They bring them together with a refrigerant inside, which heats up and heat can be obtained in several steps.

This is then introduced into the heating circuit of a house. The geothermal heat pump, which uses heat from the deep layers of the earth, is much rarer because it is also more expensive. All types of heat pumps require electricity for this, which is why it is ecologically and economically advisable to equip a house with a photovoltaic system if you already have a heat pump.

In combination with solar systems, heat pumps are sustainable and therefore also wanted by politicians: According to the Federal Association of the German Heating Industry, heating engineers installed 25 percent more heat pumps in German houses in the first half of the year than in the previous year.

In 2024, there should be half a million more per year. At a “Heat Summit” in June, Economics Minister Habeck wished for a total of six million heat pumps to be in use throughout Germany by 2030. However, according to the association, only 150,000 pumps were installed in 2021.

People want and should buy heat pumps. So: Which young companies offer solutions here? Which start-ups are on the move in the currently booming market? “Gründerszene” took a look around.

Long before the Ukraine war and the resulting energy crisis, Jonas Scheumann founded Heatly with two colleagues. In 2019, their idea was a classic platform and brokerage business: their digital consulting tool was aimed at people who were thinking about equipping their house with a heat pump.

With the help of Heatly, they should be able to calculate what size pump they need, based on living space, but also taking into account existing insulation and other parameters. As a result, Heatly then wanted to put tradesmen in touch with users, i.e. sell qualified leads to heating installer companies.

According to Scheumann, a one to three percent commission was conceivable. That could have been worthwhile, the installation of a heat pump costs homeowners on average between 10,000 and 30,000 euros, depending on a number of factors.

However, their project ultimately failed with and because of the excessive demand for heat pumps: since the topic has been booming, since so many homeowners have been trying to install a heat pump, no heating installer is willing to pay for the placement of a customer, explains the founder.

To put it bluntly, they only have to answer the phone to complete the next order - if there is any free capacity at all. And then installers have a completely different problem: there is a lack of hardware. Getting heat pumps is getting harder and harder. Scheumann has therefore repositioned itself and its start-up Heatly and now offers comprehensive energy advice, no longer just related to the topic of heat pumps.

Even before the big boom, namely in 2019, two young men in the Kitzbühel Alps started to convert heat pumps in a garage. Their goal: they wanted to make the technology more energy-efficient. Heat pumps are often not.

All types of heat pumps use a lot of electricity. And this is exactly where the Tyrolean Florian Fuchs and Florian Entleitner come in with their start-up Lambda. According to Entleitner, their pumps have "26 percent less power consumption compared to the A energy standard, the highest energy standard for heat pumps".

The start-up won innovation prizes and collected funding - which, however, cannot solve Lambda's biggest problem at the moment: failures along the supply chain. "We have components that have delivery times of one and a half years," says Entleitner. “We are always struggling with confirmed delivery dates that are not being met by our suppliers. That is definitely the biggest challenge at the moment.”

Demand was high from the start. "But since the start of the Ukraine war, the situation has gotten even worse," said Entleitner. “In 2022 we will produce a total of 1000 heat pumps and for next year we have pre-ordered material for 4000 heat pumps. Nevertheless, the delivery time is unfortunately just under a year.”

With his start-up Envola, Alexander Schechner has "rethought the heat pump" - as an overall solution and with a so-called storage heat pump - for the air conditioning technology of single-family homes to large building complexes. "Through the intelligent combination and networking of all components for heating, ventilation, cooling and hot water preparation, we can bring the energy efficiency of the entire system to an unprecedented level," he says.

The central element is a storage heat pump technology that cushions peaks in the otherwise energy-intensive temperature differences from inside and outside, which, according to the founder, saves around 40 percent of the energy and around 20 percent of the investment costs in the overall system.

Envola is funded by the European Union as part of the EIC, European Innovation Council Accelerator, program. "We are currently picking up speed so that we can serve the market demand next year with already expanded capacities," says Schechner.

“The focus is on sustainable new construction, from major projects to solid and prefabricated house manufacturers. We are currently holding talks for implementation from 2024.” His supply chains are well positioned and there are currently no difficulties.

Thomas Kirner and Rainer Meyr founded a start-up in Pöttmes, Bavaria, with which they are also involved in the heat pump market, but without producing heat pumps themselves.

"Our goal is to make complex building technology easy and quick to integrate," says Kirner, summarizing the mission of Smart Cube 360. "With our Heat Cube, we set up a complete heating room on two square meters. In new buildings, this is lifted into the building with a crane, in the case of renovation, the Heat Cube comes as a kit - like an Ikea cupboard."

The founder calculates that craftsmen could implement three times as many projects in the same amount of time. That would be in the interests of the Federal Minister of Economics, because in order to achieve the required six million heat pumps, construction has to be accelerated.

An essential feature of the Smart Cube 360 ​​is intelligent software, which allows the heat pump to run as required, thus saving energy and costs. And which can be controlled via an app. Demand has increased by 500 percent compared to the previous year. Nevertheless, according to Kirner, his company can deliver a few weeks in advance.

‹ ›
Keywords:
GründerszeneStartupsWärmepumpenHeizungHeizungsbauEnergiekrisenLambdaSmart CubeHeat CubeFlorian FuchsIkea SchrankGoogleKitzbüheler AlpeHeatlyApple PodcastWärmepumpeSmartphone
Your comment has been forwarded to the administrator for approval.×
Warning! Will constitute a criminal offense, illegal, threatening, offensive, insulting and swearing, derogatory, defamatory, vulgar, pornographic, indecent, personality rights, damaging or similar nature in the nature of all kinds of financial content, legal, criminal and administrative responsibility for the content of the sender member / members are belong.
Related News