Nothing seems to disturb Stade Rennes at the start of this autumn. 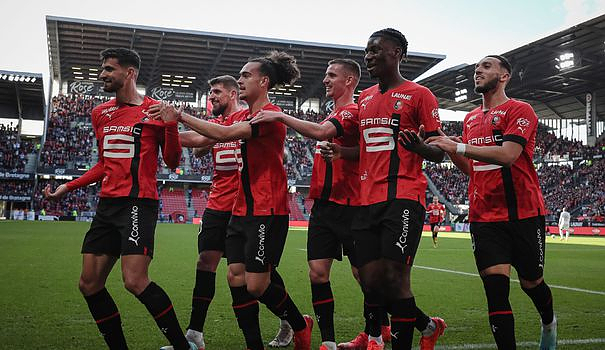 Nothing seems to disturb Stade Rennes at the start of this autumn. Strasbourg, Nantes, Lyon, Angers and now Montpellier suffered the same sentence, a defeat against the Breton offensive armada, as impressive as they were tireless despite their midweek European matches.

And one of the artisans of Rennes' dynamic is called Martin Terrier. The 25-year-old French striker continues his prolific year 2022, with a new goal on Sunday, the 11th of his season in all competitions.

Completed by Amine Gouiri and Arnaud Kalimuendo, also scorers, the Rennes attack continues to bring happiness to the supporters of Roazhon Park, four days before the reception of the Cypriots of Larnaca in the Europa League, a decisive match for the direct qualification in the 8th of final.

In France, the Bretons have the best series of Ligue 1 victories and logically occupy 3rd place (27 points), before the reception of Nice by Lorient, 4th with as many units as Rennes.

Only Paris SG (35 pts) and Lens (30 pts) are doing better than the Rouge et Noir this season in the Championship. Paris won 4-3 against Troyes on Saturday, while Lens took place against Toulouse on Friday (3-0).

Another candidate for the podium, Monaco reacted well after four matches without a win in all competitions. Against Angers, red lantern, the Monegasques made the difference thanks to Breel Embolo and Aleksandr Golovin in the second half. They have 24 points, as many as 5th Marseille, held in check on Saturday in Strasbourg (2-2).

The Auxerrois fought a great battle for the first of their new coach Christophe Pélissier, a meeting marked by a red card on both sides, but above all by a magical goal from Hamza Sakhi, a long shot in the top corner.

"I am satisfied with the result, with the involvement of the group", savored the former coach of Lorient. "It's only together that we can do great things. But it's only a step."

The 13th day closes on Sunday evening (8:45 p.m.) with a duel in the first part of the table between Lyon and Lille.