The capital club has experienced crises since its creation in 1970 but rarely has it had to face a succession of adverse events in such a short time. 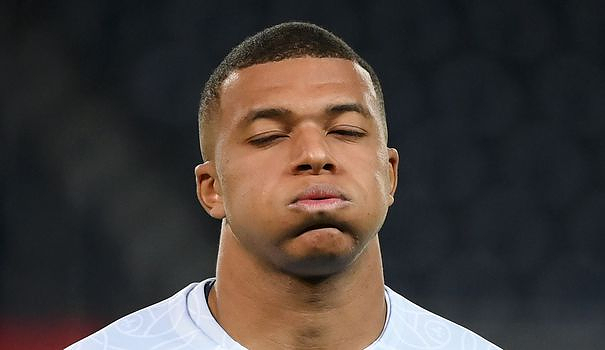 The capital club has experienced crises since its creation in 1970 but rarely has it had to face a succession of adverse events in such a short time. The week that will end with the clash against OM was thus punctuated by two major revelations: Kylian Mbappé's supposed desire to leave, barely five months after his contract extension with great fanfare until 2025, and the establishment by the PSG of a "digital army" to destabilize personalities, according to Mediapart.

The denials may rain down, the tension is at its peak around the Parisian team, shaken as ever despite its good health on a strictly sporting level.

Leader of the championship and of its group in C1, undefeated in all competitions, PSG and its stars should theoretically approach the meeting against the enemy Marseille in the greatest serenity. But the extra-sporting has once again taken over, this time with consequences that could impact the Parisian project as a whole.

What make the main players nervous before the reception of Marseille. If the players remain silent, as usual, Christophe Galtier could not hide his annoyance at a press conference on Friday at the questions centered almost exclusively on current affairs.

"When you're the PSG coach, you're very exposed but there, it's very special, it's every day. I'm sure that when I go home tonight, there will still be something thing. It's very annoying and unpleasant not to talk about football and my job," said the Parisian coach.

Galtier the Marseillais, who will experience his first classic at the head of PSG, denied being under any pressure. But he knows he's walking on a tightrope. His team did not seem too destabilized by Mbappé's moods on Tuesday in the Champions League against Benfica Lisbon (1-1), but all it would take is a little extra grain of sand, like a bad result at home against OM, to make the situation even more explosive.

Especially since Paris remains on three draws in a row and the magic and the beautiful game of the start of the season have gradually given way to much less successful performances which challenge the true potential of the club.

Enough to multiply the motivation of Marseille, which arrives for once in the capital with concrete arguments, but without its supporters, banned from traveling by the Paris police headquarters. Although he has beaten PSG only once since November 2011, he has shown great solidity on the European scene with two successes against Sporting Portugal (4-1, 2-0).

The defeat suffered at the Vélodrome against Ajaccio (2-1) on October 8 was put down to a mishap and OM, who are only three points behind Paris, can bet on the experience of Alexis Sanchez to manhandle the Parisian defense deprived of three major elements, Presnel Kimpembe and Nuno Mendes, hit in the hamstrings, as well as Sergio Ramos, suspended.

Galtier will however recover Lionel Messi, recovered from his calf pain. The Argentinian genius has missed the last two meetings and he will be particularly expected to give a little life and momentum to the Parisian game, which is so lacking these days.

The superstar knows well the feverish atmosphere of shocks at the top, he who martyred Real Madrid so much during the many clasicos disputed in Spain with FC Barcelona. He would see himself doing it again in France, just to ward off the bad vibes that gravitate around his new club and offer him an enchanted parenthesis in the current slump.