Liber celebrates 40 years of support for the internationalization of books

Among the novelties, a specific area stands out to promote new publishers. 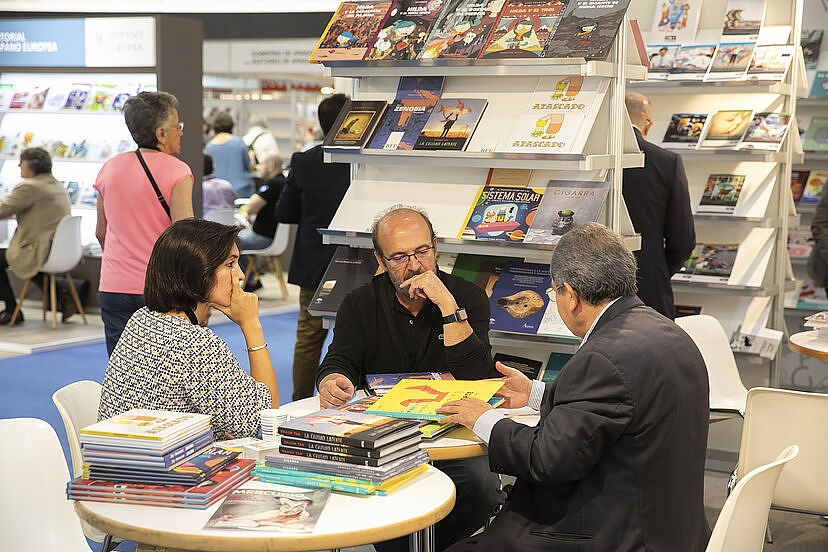 Among the novelties, a specific area stands out to promote new publishers

Barcelona is the world capital of publishing. In the city, the two main groups, Planeta and Penguin Random House, which own several labels, have their corporate headquarters. To both, smaller firms are added, which make up an industry made up of almost 300 companies that publish more than 30,000 titles a year. This industry will participate in Liber, the show dedicated to books organized by the Federation of Publishers' Guilds of Spain in collaboration with Fira de Barcelona, ​​and which celebrates four decades this year, making a decisive contribution to the internationalization of the sector.

In the contest, the publishers will present their catalog of novelties and also their bibliographic collections, in what is considered the great professional event of the book in Spanish. The next edition will take place between October 5 and 7 at the Gran Via venue and Fira de Barcelona expects to gather around 350 exhibitors and more than 7,000 professionals.

The president of the Federation of Publishers Guilds and of the organizing committee of Liber, Daniel Fernández, stresses that his goal is to reach "pre-pandemic participation levels" and says that expectations are "good." The show is "an effective tool, as it has shown during its 40 editions, to open up and explore potential markets for the bibliodiversity of Spanish publishing", he adds.

Among this year's novelties, the start-up of an area edited for new publishers stands out, whose presence in the market is less than three years, with the aim of making them known and that they can increase their size. There will also be another area dedicated to services for the book industry with graphic arts companies, literary agencies, translation, illustration, content digitization, audiobooks, podcasts and applications for mobile devices.

As a consequence of the pandemic, the last two editions of the contest were virtual. Now, this digital platform will be maintained as a complement, with the aim of promoting the greatest number of commercial contacts and interviews between buyers and participating companies. This tool will continue to work once the fair is over to facilitate the closing of operations.

Liber recalls that it makes a key contribution to the industry, since almost a third of the sales abroad of the Spanish publishing industry are closed during the event. The fair is held in collaboration with the Ministry of Culture and Sports, the Icex, the Generaltiat de Catalunya, the Barcelona City Council, the Spanish Center for Reprographic Rights (Cedro), Acción Cultural Española and the Guild of Publishers of Catalonia.

‹ ›
Keywords:
CatalunyaCataluñaCulturaEmpresas
Your comment has been forwarded to the administrator for approval.×
Warning! Will constitute a criminal offense, illegal, threatening, offensive, insulting and swearing, derogatory, defamatory, vulgar, pornographic, indecent, personality rights, damaging or similar nature in the nature of all kinds of financial content, legal, criminal and administrative responsibility for the content of the sender member / members are belong.
Related News